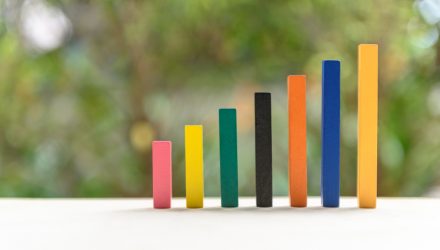 How Is the Economy Expanding?

Conventional economic wisdom holds that after an economy endures a recession, it will subsequently enjoy a recovery phase.

There’s no hard and fast timeline for how long the recovery phase takes before it turns to expansion, but some data points suggest expansion may arrive sooner than expected. It may also already be here. That despite what was a disappointing April jobs report.

“Economic growth spiked in the first quarter and recent data suggest that it surged even more quickly in the second,” says Nationwide’s David Berson. “Although consumer spending should slow from March’s near-record jump, which was boosted by another round of stimulus checks, rising consumer confidence and the highest pace for vehicle sales since 2005 suggest that the propensity of consumers to spend is still high. On the downside, April’s employment report was disappointing, and the unemployment rate rose for the first time in a year.”

While some riskier assets are encountering headwinds this month, through the first four months of the year, commodities and equities have performed well. That could be a sign either asset class is pricing in a rapid arrival of the expansion phase.

“The S&P 500 Index added more than five percent in April as first-quarter earnings were strong. But as this report was being written, stock indices stumbled, led by sharp declines in tech stocks,” adds Berson. “Commodities also participated in the April rally, with producers unable to quickly increase production to meet the surge in orders. After yields rose in the first quarter, interest rates were relatively stable over the past month.”

A risk investors should consider is that the stock market isn’t the whole economy. One can perform well while the other lags.

An avenue for thriving under that scenario is portfolio diversification, including commodities inclusion. Buoyed by rising inflation expectations, commodities are among this year’s top-performing assets. Speaking of inflation, it’s likely something advisors and investors should prepare for over the near-term, but it may not be a long-lasting trend.

“The COVID pandemic may be finally winding down in the U.S., but its impact on the economy is likely to linger for some time,” concludes Berson. “Consumer price inflation, for example, is already being lifted by several virus-driven effects. But while the inflation rate is now spiking, a lasting rise in price pressures still appears unlikely.”