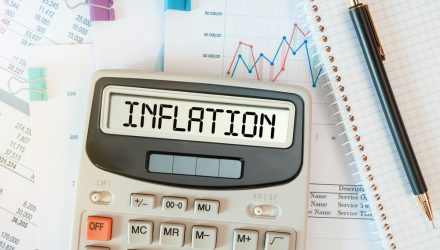 People who retired in the past ten years lucked out with both low levels of inflation and strong market returns. But it’s unlikely that such a trend will continue in the decades ahead. And even if it does, it’s not prudent to plan on it.

So, Morningstar’s director of personal finance, Christine Benz, notes that retirees may have to reassess their in-retirement withdrawals to ensure that a spike in inflation won’t jeopardize their portfolio’s ability to last over their retirement time horizon.

While the past decade saw low inflation and high returns, previous decades have featured only one, but not both. In the 1980s, while inflation averaged more than 5% and bonds returns were low, the S&P 500 returned nearly 12% annually. And while the 2000s saw mediocre equity market returns, inflation didn’t run much higher than historical averages.

“The decades ahead may feature a similarly bifurcated environment, where retirees win on one side of the ledger but perhaps not both,” Benz writes. “Or perhaps they’ll win on both sides again. The truly worrisome scenario is if retirees encounter weak investment returns at the same time that they have to spend significantly more to maintain their living standards because inflation has gone up.”

When considering withdrawal rates, Benz advises that retirees “may want to err on the side of conservatism.” Morningstar recently estimated that an initial withdrawal in the low 3% range was considered a safe starting point for new retirees with balanced portfolios. But that estimate didn’t include a high inflation assumption.

“The prospect of higher inflation amid a volatile market environment makes a lower starting withdrawal even more prudent,” said Benz.

Benz suggests that investors should also think “holistically about the retirement plan in the context of inflation rather than focusing exclusively on portfolio withdrawals. That includes maximizing cash flows from income sources that are themselves inflation-adjusted, such as Social Security.”

Homeownership is another way to reduce a spending plan’s vulnerability to higher inflation (provided the investor is in the market to buy a home). The Morningstar director points out that “a major financial benefit of homeownership is not having such a big expense buffeted around by inflation. To the extent that retirees can fix at least a portion of their housing expenses, that reduces their vulnerability to inflation in that part of their budgets.”

An investor’s portfolio should also guard against inflation by including sufficient exposure to assets that can either hedge against or outearn inflation over time. “Treasury Inflation-Protected Securities fit into the former camp and equities into the latter,” Benz writes.