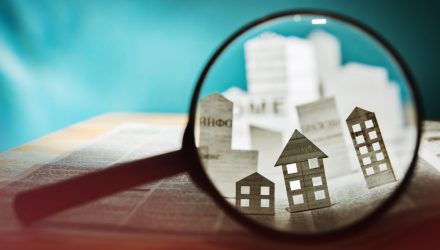 With a momentous uptrend following the pandemic, real estate prices were in a heavy upswing, but at some point, a correction had to come. Recent housing data is already showing a cooldown after heated price increases that began after the financial crisis back in 2008.

Easy money via low interest rates helped to precipitate the rise in real estate prices as rock bottom prices allowed prospective buyers to become homeowners. Even with the stricter lending regulations following the housing crisis over a decade ago, a rise of investors and then homeowners helped to fuel a real estate recovery.

Now in 2022, rampant inflation is spilling mortgage rates as a hawkish Federal Reserve looks to stamp out rising consumer prices. The dream of owning a home could be slowly dissipating into the reality that prices could be too high while financing (though historically low) is not as readily available as it was with the low rates of a few years ago.

“Housing data showed a continued cooling in activity for June, slowing to about the levels seen during the recovery from the Covid lockdowns,” a Nationwide Weekly Economic Review & Outlook noted. “While the declines were larger than expected, they followed from falling demand in the face of sharply higher mortgage rates and house prices. In other economic news, the index of leading economic indicators declined again, but does not yet signal that a recession is imminent.”

“The inventory of existing homes for sale remains very low (at least after seasonal adjustment) and this continues to restrain sales and push prices higher,” Nationwide noted further. “But inventories should continue to rise if sales fall further, as expected, which should help to slow house price gains and plummeting housing affordability.”

On the home building front, these circumstances haven’t slowed down construction with housing starts slowing, but still climbing to an all-time high. Realizing the landscape they’re facing with the potential of a recession amid rising rates, builders are adjusting accordingly.

“Despite the slowing pace of starts, housing units under construction climbed to an all-time high (1.68 million units),” Nationwide reported.

June may tell the story of a more pronounced slowdown, but July data could provide further confirmation when it’s available.

“Building permits were also down slightly for June — again due to a steep drop on the single-family side — which could be a leading indicator of a slower pace of starts next month,” Nationwide added. “Builders reported diminished foot traffic of prospective buyers, lower present sales, and lower expected sales over the next six months in June (and all these measures dropped even more sharply in July) and appear to be adjusting their building plans accordingly.”