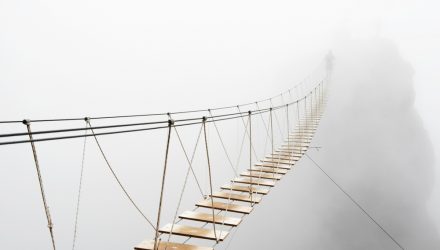 The S&P 500 is higher by nearly 20% year-to-date, and it’s hard to complain about that. However, that doesn’t mean that everything is perfect in the market.

There’s the possibility of Treasury yields rising again, the possibility the Federal Reserve could soon spook markets with rate hike chatter, and the very real possibility that economic growth will slow, likely before the end of this year. Fortunately, fundamentals are steady.

“The fundamental picture is strong, but there are worries about peak economic and earnings growth. Worries about disruption from the Delta variant and a global slowdown are increasing, but the alternatives to the equity market remain limited, with the 10-year Treasury yield below 1.30%,” says Nationwide’s Mark Hackett.

Another point in favor of riskier assets is that investors aren’t backing away simply because there’s a chance some headwinds could emerge. In fact, they’re doing the opposite and embracing riskier fare.

“Investors continue to lean towards a buy-the-dip mentality, however, with $12 billion of inflows into equities in the most recent week. This is supported by a surge in repurchase activity, with $680 billion through July the second highest level since 2000. Crypto is benefitting from this activity, with Bitcoin above $50,000 for the first time since May,” adds Hackett.

What’s interesting about this scenario is that August through October is usually the weakest period of the year for stocks, meaning that equities, thus far, are going against that grain this year. However, even though the S&P 500 is printing new highs, there are some potential issues for investors to stay abreast of.

“While equity markets remain near record highs, two notable trends are worth watching to detect an inflection,” notes Hackett. “First, while markets were only fractionally lower last week, volatility was elevated, with the VIX touching the highest level since May before fading by week’s end. Second, there has been modest deterioration in credit spreads, with the ICE Bank of America High Yield Index touching the widest spread since March.”

And with the Fed convening its virtual Jackson Hole Summit this week, taper talk could be on the horizon.

“There had been much speculation that Chair Powell would use his Friday speech to detail the plan for tapering, but consensus now sees that discussion at the September FOMC meeting. There is little evidence of a taper tantrum, as the 10-year Treasury yield is roughly 0.50% below the March peak,” concludes Hackett.