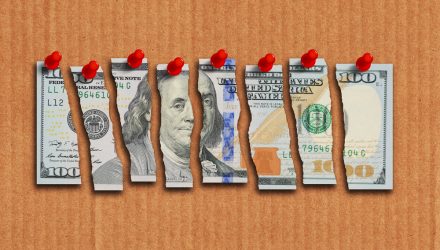 An Emerging Markets Bond ETF for the Weak Dollar World

Treasury yields are still elevated and the dollar is still weak. However, both assets recently rallied, indicating there’s room to the downside.

That could be to the benefit of emerging markets bonds and the VanEck Vectors Emerging Markets Local Currency Bond ETF (NYSEArca: EMLC).

As noted above, 10-year Treasury yields are soaring and, as VanEck research points out, that scenario is conducive to embracing emerging markets debt. History proves as much.

The case for EMLC gets a lift when considering how emerging markets foreign currencies (EMFX) should be boosted by the declining dollar.

With investors confidence returning, so is a penchant for yield. Bond markets overseas could provide more competitive yields when compares to those of the U.S., where credit risk in a late market cycle could pose a concern.

Certain areas overseas may be earlier in their market cycles compared to the U.S., so issues like rate risk are not yet a concern. As opposed to emerging markets equities that primarily concentrate on China, EMLC also gives investors exposure to other corners of the bond market for diversification.