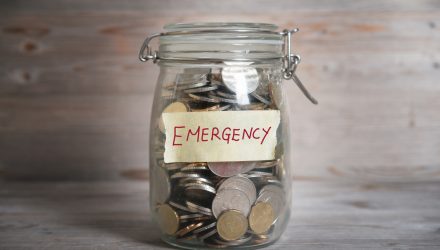 One of the pressing issues the pandemic brought into greater focus is many Americans’ lack of emergency savings. This concern was on the financial community’s radar even before COVID-19, with millions of Americans lacking adequate savings or any savings at all to cover a $400 emergency expense.

As unemployment soared last year, the inability to access short-term cash left many newly jobless workers in a precarious financial position. We witnessed this anxiety first-hand among the retirement plans we serve as participants pulled money out of their accounts in the early weeks of the pandemic.

Through the 2020 CARES Act, Congress recognized Americans needed to access a portion of their retirement accounts to address COVID-related emergency needs and appropriately waved the 10% tax penalty on early distributions. Early withdrawals should always be a last resort. However, when a family is in financial peril and needs to borrow from their retirement account in an emergency, they shouldn’t face an extra tax burden.

A small change to the system

As we emerge from the pandemic, we should make subtle tweaks to our current system that provide workers access to a cash reserve for emergency needs without derailing their long-term retirement plans.

I’m thinking of someone trying to cover her insurance deductible for an unexpected medical expense or to get his car repaired so he can drive to work. For many Americans, these expenses can compound the financial challenges they already face.

The problem of inadequate emergency savings is particularly acute for Black and Hispanic workers, many of whom experienced job losses due to pandemic-related business closures. In a 2020 study of financial well-being by the Federal Reserve, over half (55%) of Black workers who were laid off in the last 12 months said they could not pay some of their household bills. This number was 37% for Hispanic workers and 23% for white workers.

Recently, I was in Tulsa, Oklahoma, serving as co-host of the 2021 Tulsa Race Massacre Centennial Commission’s Economic Empowerment Day conference. The event was designed to create a collective focal point for the national conversation on the racial wealth gap and inequality in access to capital. I was pleased to invite U.S. Senator James Lankford (R-OK) to participate in one of our panel discussions. At the event, he discussed the new bipartisan legislation he introduced with U. S. Senator Michael Bennet (D-CO) that would permit limited emergency withdrawals from workplace retirement plans.

Currently, retirement plan participants have several options for accessing money in times of emergency, including plan loans and hardship withdrawals. These options are intended generally for significant withdrawal amounts.

Senators Lankford and Bennet’s proposed legislation would allow participants to withdraw up to $1,000 per year from their retirement plan accounts, at their own discretion and with minimal paperwork. Workers would be required to repay any existing withdrawals before taking another “emergency savings” withdrawal. The withdrawals would be subject to income taxes, but early distribution penalties would be waived.

This small tweak to give saver’s comfort that they’ll have access to their money in the event of an emergency would remove a big barrier preventing some low- and middle-income workers from saving for retirement in the first place. The ability to access a small savings without a tax penalty will help prevent many people from digging themselves into a financial hole due to an unplanned emergency expense.

This change would be optional for plan sponsors, but we expect it will garner strong support among employers because it builds on their already existing retirement savings plans rather than having to establish a new separate account structure.

I believe Senators Lankford and Bennet’s proposed legislation would make 401(k) and similar employer-sponsored retirement plans more attractive and promote wider participation from employees. We know many workers—notably, lower-wage workers—hesitate to join workplace retirement plans because they fear they won’t be able to access their retirement savings during a short-term emergency. The ability to take emergency withdrawals might serve to reduce this reluctance and encourage workers to reconsider participation in their employer-sponsored retirement plans.

In a recent Nationwide Retirement Institute survey of advisors and financial professionals, we found that 9 in 10 (91%) would like to see an emergency savings provision of this nature added to the SECURE Act 2.0 legislation currently moving through Congress. Nationwide supports both Senators Lankford and Bennet’s proposed emergency savings legislation and the broader SECURE Act 2.0 effort. It aligns with our commitment to promoting financial security among those in the communities we serve and simpler solutions for financial professionals and their clients.

Whether Senators Lankford and Bennet’s new legislation advances on its own or is incorporated into SECURE Act 2.0, I encourage Congress to enact this legislation and make retirement savings more accessible to savers in the event of an emergency. Taking this sensible step will provide another means to help Americans deal with short-term emergencies while also saving for their retirement in the future.

This information is general in nature and is not intended to be tax, legal, accounting or other professional advice.

The information provided is based on current laws, which are subject to change at any time, and has not been endorsed by any government agency.