You are at:Home»Retirement Income Channel»Elevated Unemployment Benefits May Be Stymieing Economic Growth 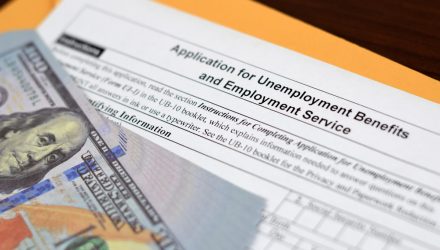 Those themes are rebounding economic growth highlighted by the scorching hot first-quarter GDP reading, disappointing jobs growth, and an increasingly contentious debate regarding jobless benefits. The second and third points are related, with some market observers and plenty of politicians arguing jobless perks enacted in the wake of the coronavirus are now so good that some workers have little incentive to go after new jobs.

April’s slack employment report further highlighted the divide over jobless benefits, prompting some market observers to ponder if economic growth is being harmed by the sheer amount of unfilled jobs in the world’s largest economy.

“Experts differ on the degree of the impact, largely along party lines. Nearly half of states, all run by Republicans, have ended the $300 weekly federal supplement before the set expiration date of September 6, impacting roughly 3.7 million unemployed workers,” says Nationwide’s Mark Hackett.

One Problem Leads to Another?

The cash being doled currently does not look to be a permanent fixture. However, it creates other problems, too.

In addition to potentially limiting GDP growth, enhanced jobless benefits are prompting employers to dole out their own perks including cash just for interviews. That doesn’t include higher wages and, as one interesting example, some McDonald’s franchises are promising iPhones to new staff that stay on the job at least six months. The situation may also be leading to inflation.

There’s some grim data in a report from the San Francisco Federal Reserve and highlighted by Nationwide’s Hackett in his note. The Fed’s research points out that one in seven works would pass on a new role due to strong unemployment benefits.

“This implies a small but likely noticeable contribution of expanded [unemployment insurance]generosity to job-finding rates and employers’ perceptions of worker availability in early 2021,” notes the San Francisco Fed.

That could be a curve ball for an economy still trying to find its footing following one of the worst pandemics in history. Of further concern is the now elevated percentage of Americans relying on some form of government assistance, including jobless benefits, Social Security, educational assistance, or other programs.

Transfer payments “steadily grew from 7% of total income in the 1960s to 17% before the pandemic. Over the past four quarters, the average has been 24%,” adds Nationwide’s Hackett. “When this normalizes, there will likely be an impact on consumer spending, though the magnitude of the headwind is difficult to forecast.”