You are at:Home»Retirement Income Channel»Don’t Worry, Experts Are Really Bad at Predicting When Rates Rise 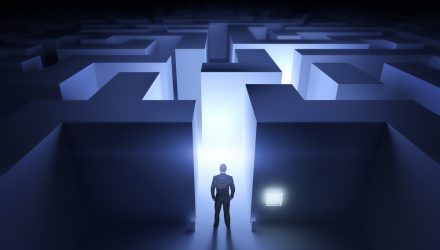 Last week, the Federal Open Market Committee (FOMC) threw market participants for a loop as the dot plot indicated that the Federal Reserve’s next interest rate hike could arrive in late 2023. Previously, expectations were in place for an early 2024 rate increase.

FOMC members also raised the subject of when the central bank will rein in its monthly asset purchases.

“Last week’s FOMC meeting saw a shift in the Fed’s approach, with policymakers addressing the eventual taper of $120 billion in monthly asset purchases,” notes Nationwide’s Mark Hackett. “Many expect the official announcement to happen in August at the annual symposium at Jackson Hole with actual tapering to begin next year. Additionally, officials shifted upward the expectations for inflation this year by 1% to 3.4% and shifted the outlook for the initial rate hike into 2023 from 2024.”

Rate hike action action is often seen as an indicator of a strong economy, with the theory being that the Fed wouldn’t risk raising borrowing costs if growth was slow or a recession was in place. However, many investors still have negative associations with rate increases, fearing a more hawkish Fed will be bad for equities.

The good news is thus: history shows that experts have an atrocious track record in forecasting when rates will rise. These days, with the Fed’s benchmark lending rate at historic lows, it’s not exactly a bold call to say rates will rise. That’s all but guaranteed. Pinpointing when it’s going to happen is a different matter altogether.

As Nationwide’s Hackett points out, dating back to late 2009, forecasters have been consistently wrong about when the Fed would hike rates. There were plenty of calls for such action in 2009 and 2010, but the first hike following the global financial crisis didn’t arrive until June 2011. The next one didn’t occur until December 2015, but the interim four-plus years brought plenty of calls that the central bank would tighten.

Interestingly, experts get it wrong on rate hikes regardless of what 10-year Treasury yields are doing. Those bond yields can be rising or falling and market pundits still tend to guess wrong.

Bottom line: investors may do well to not carried away with when the Fed is going to hike rates. After all, experts themselves don’t really know.