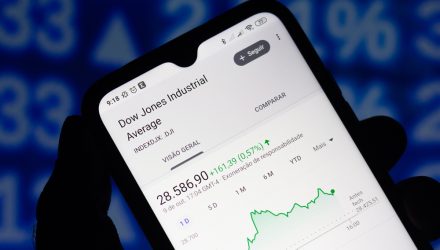 Markets rallied hugely on Thursday from reports that October’s inflation gains eased slightly, with the Dow Jones Industrial Average climbing 1,200 points in one of its strongest rallies this year. The performance of the Dow this year and the nature of the companies it tracks make it an index worth serious consideration moving into 2023 and the increasing risk of recession. 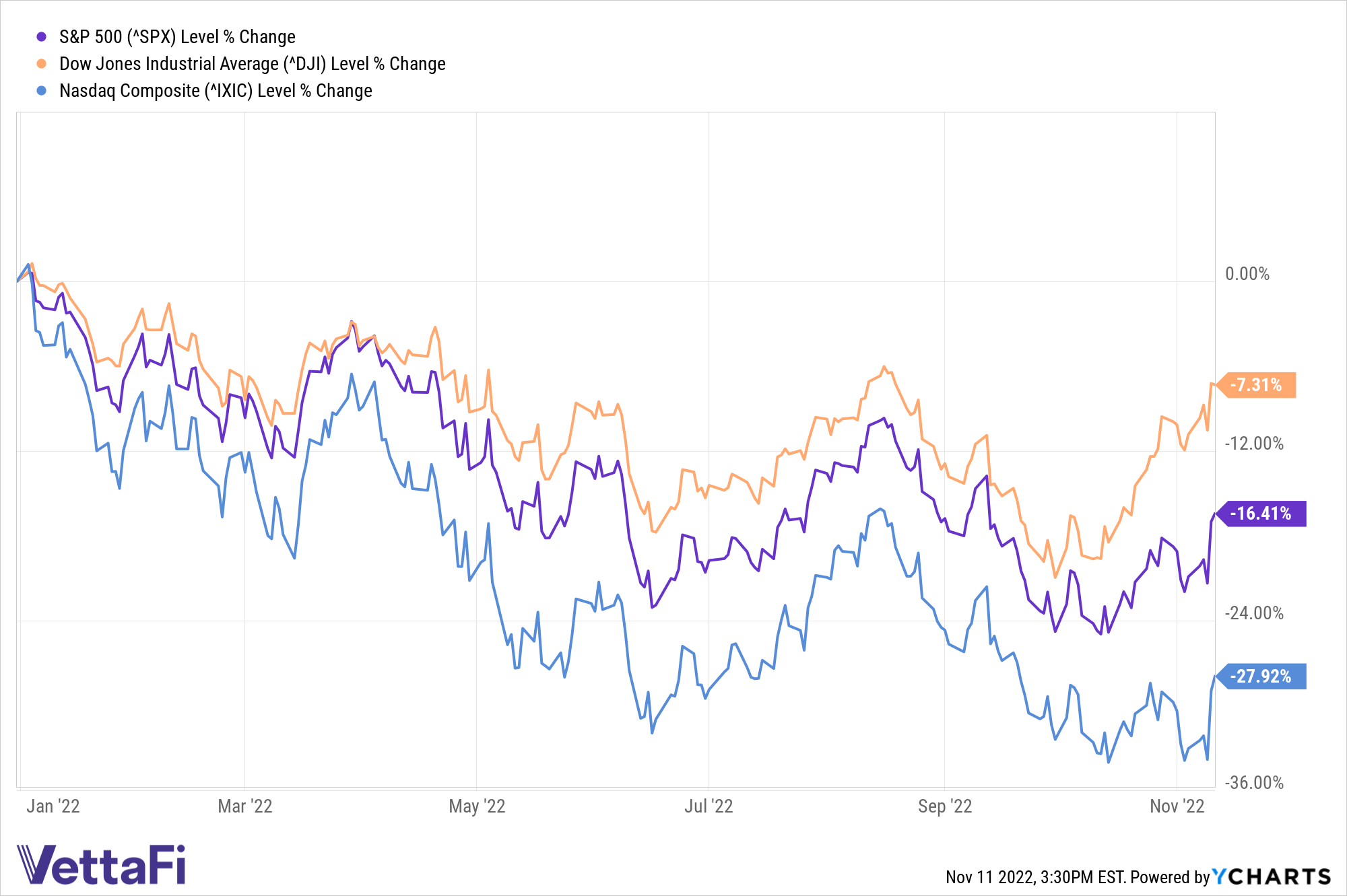 The Dow Jones Industrial Average consists of just 30 companies, commonly referred to as blue chips, because they are well-established, reliable companies. Inclusion into the Dow is surprisingly straightforward and yet vague: “a stock typically is added only if the company has an excellent reputation, demonstrates sustained growth and is of interest to a large number of investors,” according to the S&P Global that runs the index.

A company’s share price matters a lot when it’s included in the index because the Dow is the only index that is price-weighted, meaning that a company’s weighting with the Dow can change with stock splits even when its market cap doesn’t.

This year the Dow has benefited from the outperformance of the energy sector through companies like Chevron, as well as financial companies such as Goldman Sachs that have had strong earnings seasons. It does carry technology companies, but because the number is limited, it’s been less hit and balanced out by strong performance from companies in other sectors.

Blue-chip companies are also a popular play during recessionary times because they are the companies that are generally deeply established, with long track records of performance in a variety of market conditions, including during economically challenging times. With recession likely on the horizon for 2023, an allocation to the Dow could be a more defensive position within equities that’s worth consideration, particularly if done through a risk-managed lens.

There are only two ETFs that track the Dow Jones Industrial Average specifically, but only one is actively managed and offers the potential of generating monthly income while seeking to mitigate volatility: the Nationwide Dow Jones® Risk-Managed Income ETF (NDJI), which utilizes an options collar that aims to reduce volatility and provide a measure of downside protection.