You are at:Home»Retirement Income Channel»A Corporate Bond ETF Sure to be in the Limelight 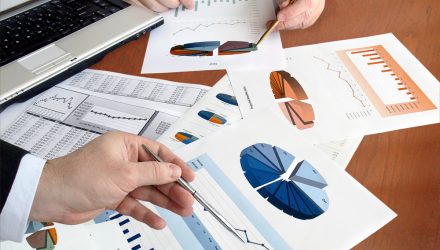 A Corporate Bond ETF Sure to be in the Limelight

With the Federal Reserve pledging to buy billions of dollars worth of investment-grade corporate bonds, an effort that will be managed by BlackRock, the iShares iBoxx US$ Investment Grade Corporate Bond ETF (LQD) is among the ETFs likely to be in the limelight over the near-term.

BlackRock is the parent company of iShares, the world’s largest ETF issuer. LQD is the largest corporate bond ETF, one that has been adding assets in recent days due in part to the Fed’s bond-buying announcement.

Broadening concern over the impacts of the spreading coronavirus, whose number of cases has now crested 400,000 worldwide, has roiled financial markets, with corporate default risks still plaguing investor’s thoughts. Traders are now trying to front-run the Fed’s purchases, which could lift both the ETF and its underlying assets. LQD extended gains after posting its biggest rally since 2008 as investment-grade bonds rebounded. However, LQD has utility beyond near-term Fed purchases.

“Reflecting the composition of the market, the strategy maintains a fair amount of credit risk. It heavily tilts toward the lower end of the investment-grade spectrum,” said Morningstar analyst Neal Kosciulek in a recent note. “Approximately 90% of its portfolio is invested in bonds rated A and BBB. Roughly 50% of the fund’s assets are invested in BBB rated debt, which matches the corporate-bond Morningstar Category average.”

The $30.9 billion LQD tracks the Markit iBoxx USD Liquid Investment Grade Index and holds nearly 2,000 bonds. The fund, which has a 30-day SEC yield of 3.40%, has an effective duration of 8.71 years, according to issuer data.

It’s easy to overlook bonds as opposed to equities given their more static returns in nature as opposed to the more dynamic stocks that can move and shake when markets are roaring, as well as vice versa. While bonds may not be ideal for the adrenalin-fueled investor, they can still gain that much-needed fixed income exposure via exchange-traded funds.

“Its average effective duration is approximately 2.5 years longer than the category average. This helped its performance during the trailing 10 years through February 2020, a period in when interest rates were generally declining,” according to Morningstar. “However, the additional interest-rate sensitivity will likely hurt the fund’s performance during periods of rising interest rates. It performed worse than the category average by over 150 basis points during the first three quarters of 2018 when the yield on the 10-year Treasury increased from by 68 basis points (from 2.46% to 3.14%). “

Relevant to investors in the current climate is that LQD allocates about half its weight to BBB-rated bonds, which is on par with rival funds in this category.

“Approximately half of the fund’s assets have a credit rating of BBB, the lowest possible rating for investment-grade debt,” said Morningstar. “While the downgrade risk of BBB rated issuances is generally low, the strategy would suffer should some of these issuances be downgraded to junk because it is unable to own below-investment-grade issuances. The fund would be required to liquidate these issues, and the forced selling would likely result in the fund trading at a large discount.”