You are at:Home»Retirement Income Channel»Convert to a Different Bond Idea With Convertibles 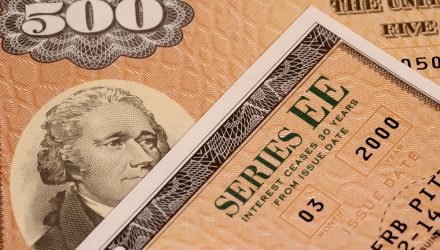 Convert to a Different Bond Idea With Convertibles

Convertible bonds aren’t often viewed as high-yield destinations, but the SPDR Barclays Convertible Securities ETF (NYSEArca: CWB) – the largest ETF in the category – yields north of 3% and is currently soaring.

Convertible bonds are a type of hybrid fixed-coupon security that allows the holder the option to swap the bond security for common or preferred stock at a specified strike price. Due to the bond’s equity option, convertible bonds typically pay less interest than traditional corporate bonds. The fund, though, does not convert its holdings into shares, but investors are exposed to the equity premium due to the way the bonds are priced.

“The deals have allowed investors to play the role that Berkshire Hathaway CEO Warren Buffett once did in providing capital to companies in a time of crisis. Berkshire (BRK.A) has made no high-profile investments in recent months, in part because the public markets can provide capital on terms less onerous than he might demand,” reports Andrew Bary for Barron’s.

CWB isn’t the typical corporate bond fund that’s dominated by bonds issued by banks. CWB and convertibles, in general, have more of a growth feel than standard corporate bonds.

Other CWB advantages include convertibles’ status as the top-performing bonds when rates rise and an expense ratio of just 0.4%, more than 70 basis points below the average actively managed a convertible bond mutual fund. Long-term data indicate convertibles have actually outpaced stocks.

“Historically, converts have generated equity-like returns with lower risk. The market returned 23.2% last year, behind the S&P 500’s 31.5% return. Through the middle of last week, convertibles had a negative 0.5% total return this year, based on the ICE BofA U.S. Convertibles index, better than the S&P 500’s negative 8%,” according to Barron’s.

Convertible bonds are seen as a middle ground between stocks and bonds. The securities pay lower coupons than regular unsecured debt securities, but they can also make up the difference if the company’s shares continue to appreciate it. Due to onerous regulations, CWB is a preferred avenue to convertibles for many investors.

“Individual investors can’t buy most of the recently issued converts because they were sold through institutional-only transactions governed by Rule 144A of the Securities Act of 1933,” reports Barron’s.