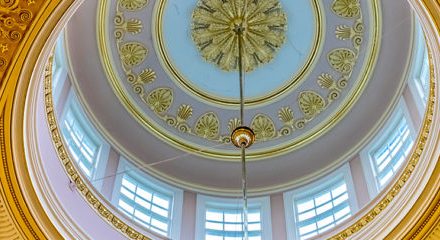 CARES Act Passed: Will it Reduce the Risk of a Protracted Credit Crisis?

Significant fiscal response mitigates the risk of a protracted crisis

With an overwhelming majority, Congress passed the coronavirus relief package, the CARES Act. In our previous blog on the topic, we outlined that fiscal policy stimulus needs to be big, bold, targeted, and efficient, in order to reduce the risk that this liquidity crisis turns into a credit crisis. In our opinion, the CARES Act is a significant and necessary step to help support the health of the U.S. economy.

The bill contains several important support measures to help households and businesses suffering from a severe decline in incomes and cash flows:

Provisions and estimates in the CARES Act

In total, the package amounts to more than $2T, or around 9% of GDP—a historical record. We believe this aid will help to mitigate the risk of mass layoffs and bankruptcies of the economic downturn. It therefore plays an important role in cushioning the blow from the COVID-19 crisis, by mitigating the risk that the short-term liquidity problem could turn into a longer-term solvency problem. However, as helpful as it is, we would caution against viewing this as a “quick fix” to the issues facing the economy.

When gauging the impact of the CARES Act on the U.S. economy, the important question is how much of the amount disbursed will impact real spending this year. The near-term impact on GDP will be smaller than the headline amount suggests for several reasons:

In reality, the near-term impact on demand in the economy is probably more in the order of 3% of GDP. Adding this to the first two packages passed by Congress, we are anticipating a fiscal support impact of around 3.5% of GDP this year. This is a significant step by historical standards, in fact, exceeding the fiscal impact of the policy response during the 2008-09 crisis.1 However, considering the magnitude of the hit to incomes and cash flows, a significant step was also needed.

The chart below shows how the top 20 countries in the world compare in terms of the fiscal response enacted so far, relative to their ongoing infection rate (growth in known COVID-19 cases). Compared to the situation a week ago, when the most significant fiscal steps had generally been taken in the countries in which COVID-19 contagion had already tapered off (China and South Korea), we are now seeing governments across the world catch up to the economic reality of the COVID-19 containment measures. Clearly, the U.S. and U.K. are significantly stepping up their efforts of fiscal support. Several other countries are currently working on further fiscal steps as well, so this picture will keep evolving.

We believe the CARES Act significantly reduces the risk of a protracted credit crisis. The risk of a worst-case scenario of a deep, prolonged recession following the severe containment measures are lower now. The significant bi-partisan support for the package is also encouraging. However, the near-term outlook for the economy remains treacherous, as it will take some time before the effects of these fiscal and monetary policy steps reach Main Street. The key to stabilization and recovery from the current crisis is still essentially medical in nature, and we will continue to monitor the spread of COVID-19 as well as any sign of progress on treatments/vaccines.

1. Source: The Brookings Institution, Hutchins Center on Fiscal and Monetary Policy’s Fiscal Impact measure, which shows a peak GDP impact of just below 3% of the total fiscal response during the 2008-09 crisis.