You are at:Home»Retirement Income Channel»Biden’s Changes to Your Retirement Plan 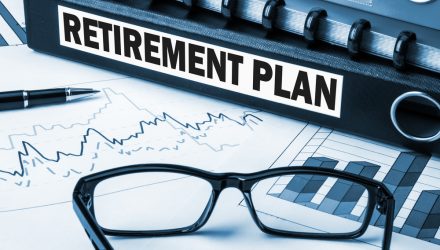 Biden’s Changes to Your Retirement Plan

The country has a new president, a president whose economic views differ greatly from his predecessor in many ways. What does this mean for you and how will the Biden Presidency impact your retirement? With all of the new changes going on, you may be asking If Investing Should Be Part of Your Retirement Plan.

What Does a Biden Presidency Mean for Your Retirement Plan?

President Biden’s proposed changes to 401(k) retirement savings plans would have a major impact on the tax break provided to plan participants. If the plan were to become law, the tax deduction for contributing to a 401(k) would be replaced with a tax credit. This change would likely result in high earners getting less of a tax break on their 401(k) retirement savings, with low- and middle-income earners getting a bigger tax benefit.

What does all this mean if you happen to be one of those higher earners? Well, it won’t change the fact that higher-income earners are already better positioned to save for retirement in the first place. That isn’t necessarily a problem when you consider there are other options that high earners can use instead.

Perhaps the biggest concern for some economists is the question of how President Biden’s proposal might impact small businesses. This is because it effectively reduces their tax incentive for matching these employee contributions.

Now, as for changes to Social Security benefits, certain recipients would see their benefits increase under the Biden plan. For example, people who have received benefits for more than 20 years would get a 5% bump, while widows and widowers could receive up to a 20% bump per month. In addition, the annual Social Security Cost of Living Adjustment (COLA) would no longer be measured by the standard CPI index as it is now, but instead by the CPIE index – a consumer price index for the elderly. This index is designed specifically to track inflationary changes that are faced by retirees, which are often greater than those of younger Americans for many different reasons, including the need for more healthcare.

President Biden’s plan also calls for lowering the eligibility for Medicare from 65 to 60, in part to benefit older workers who may have lost their job because of the current pandemic.

Some people may be wondering, Is the Stock Market Unstoppable in 2021? However, there are some concerns that President Biden’s economic plans could be a burden on some businesses. This is because those businesses are also responsible for a portion of the payroll tax. It would increase their obligation for higher-earning employees.

Another concern is the long-debated Department of Labor’s Fiduciary Rule, which was originally intended to help protect investors by holding financial planners to the highest standard of accountability. While that’s a good goal, with any type of regulation, the devil is always in the details. In many cases, regulations that are meant to help consumers can end up doing more harm than good, because they can put unreasonable limits on the products and services that businesses can provide.

Many felt this was the case with the Fiduciary Rule approved under President Obama in 2016. That rule was replaced with a less-restrictive version approved last year. Supporters of the softer regulation say it gives all advisors a bit more latitude to serve the varied needs of their clients. However, critics say it includes too many provisions and exemptions that would allow some advisors to put their own interests ahead of their clients with no repercussions. In any case, it is widely expected that a more stringent version of this rule will be put back in place.

Considerations remain around COVID-19 and its threat to the economy. Moreover, many market analysts have said President Biden’s stimulus proposal accelerates a market rotation from growth companies to more cyclical ones.

Unfortunately, there are risks that come with Biden’s stimulus plans. One is that inflation could move higher as demand picks up in a recovering economy, or build as the dollar and debt burden growths. The other concern is that the Biden Administration would have to raise taxes to pay for its stimulus program. The corporate tax rate, currently at 21%, could be moved as high as 28% under Biden’s proposals. However, there is a consensus among market analysts that any increase would be held at 25%. There could also be capital gains taxes and the highest individual tax bracket could be raised.

In summary, there are many issues that the Biden Administration must tackle in the upcoming months. We must keep an optimistic outlook for a better year ahead.