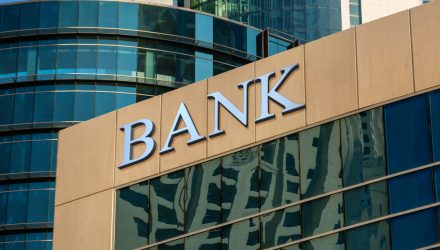 Bank of America completed the opening salvo of fourth quarter earnings releases from the largest banks yesterday morning and, like JPMorgan, Citigroup, and Wells Fargo late last week, issued results ahead of consensus expectations thanks in large part to a drawdown of loan loss reserves. Specifically, BAC reduced provisions for credit losses by $828 billion in Q4, bringing the total release among the four biggest banks to nearly $6 billion. Credit reserves can be thought of as the most tangible form of corporate guidance, so this trend should be taken as a strong hint that expectations for the year ahead are rapidly improving.

More broadly along these lines, the banks should also be viewed as a bellwether for the economy at large given that they represent the primary transmission mechanism between monetary policy and the business cycle. Perhaps the most encouraging news here, then, is that BAC’s net interest income was up for the first time in eight quarters in Q4 and is expected to continue to climb in 2021 (the net interest numbers for the other big banks were mixed over the last three months, but the outlook for the quarters ahead has been universally positive). Rising net interest margins feed directly into lending and consumption, with knock-on effects for employment and incomes. Earnings season is still just getting out of the gate, but it is already bringing further validation of the increasingly constructive outlook for the year to come.

China’s real GDP grew by 6.5 percent year-over-year in the fourth quarter, ahead of both consensus expectations and the pre-COVID trend. Still, it continues to be a slow recovery in consumption, as tertiary GDP remains a laggard relative to the agricultural and industrial sectors while retail sales growth is starting to slip again after rebounding strongly earlier last year. This is a function in part of the government’s ongoing vigilance against new outbreaks – note the severe lockdowns in Hebei province after the new daily case count crept into the triple-digits this month – as well as some lingering impacts from the downturn last year. At the same time, it also hints that the scope for a post-pandemic boom is global in nature, as there is a great deal of pent-up demand in virtually every major economy.

What city is home to each of the three most cited institutions in academic economic research?

The technical pattern marked by a sharp rise, a spiky top, and a rapid decline, which is most prevalent in cryptocurrencies, is named for what iconic character?