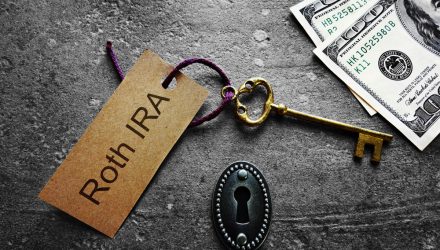 Last week, the House Ways and Means Committee passed a wide-ranging tax overhaul aimed at forcing billionaires to pay more income tax. In addition to a higher capital gains rate on wealthy individuals, the proposal also looks to plug tax loopholes that, in the eyes of politicians, allow the ultra-wealthy to “game the system.”

Let’s be honest: 99.9% of investors out there aren’t making billion-dollar IRA contributions, backdoor or otherwise. However, all investors should stay abreast of potential tax changes because while politicians may advertising higher taxes as targeting a particular income demographic, there could be consequences for workers of all income levels.

“While many aspects of the proposal will have a significant effect on people with a lot of income, wealth, or both, the changes to the backdoor Roth IRA and to a lesser extent the mega-backdoor Roth IRA merit attention because they’re currently in use among more-mainstream investors (that is, you don’t have to be super-rich to be taking advantage of them),” says Morningstar’s Christine Benz.

As Benz notes, the proposal set for by Democrats on the House Ways and Means Committee would put a damper on backdoor IRA contributions.

“Of greater import for smaller investors, however, is that the proposal would dramatically curtail use of the backdoor Roth IRA and mega-backdoor Roth IRA maneuvers,” she adds. “The former, especially, has become a mainstay financial-planning strategy for upper-middle-income and upper-income investors.”

While the White House is seeking a tax hike on individuals earning more than $400,000 annually or married couples earning $450,000 and up, efforts to boost the highest income tax and capital gains percentages are also likely to carry a significant marriage penalty — something else for investors to consider.

“As has been noted elsewhere, that amounts to a significant marriage penalty, in that a couple would only need to have $50,000 more in income than a single person to be subject to the highest rate,” notes Benz.

There’s something else workers need to be aware of. Employees planning on converting 401(k) savings to a Roth IRA upon retirement may want to opt for a traditional IRA because politicians consider that type of move “backdoor.”

“Similarly, under the proposal, 401(k) participants who are making aftertax contributions to their company retirement plans would no longer be eligible to convert those assets to Roth, either,” concludes Benz.