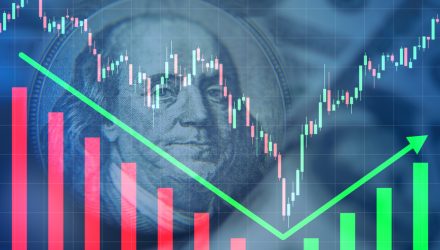 As Markets Bounce on Fed Hopes, Volatility Likely to Continue

Markets have responded strongly in the wake of Federal Reserve Chair Jerome Powell’s speech on Wednesday that the Fed could begin slowing interest rate hikes in December should economic indicators prove favorable.

The strong rally seems slightly out of step with Powell’s couched and cautious language, but such rallies on less-than-bad news have been one of the hallmarks of markets this year. Noteworthy in Powell’s speech was a recognition that the Fed would likely need to moderate their hikes as soon as December to see if the aggressive changes thus far are enough to begin bringing inflation down.

Speaking to where the inflation and economic data currently sit as of October, Powell underscored the persistent, sideways movement of core inflation (that excludes volatile food and energy data) in 2022 as well as the inability of forecasts to currently predict inflation over the last year and an inability to look to them for any real guidance looking ahead to 2023.

“The truth is that the path ahead for inflation remains highly uncertain,” Powell said, before moving on to discuss the markers that the Fed would need to see that would indicate inflation is headed back to the Fed’s 2% target.

“As our last post-meeting statement indicates, we anticipate that ongoing increases will be appropriate. It seems to me likely that the ultimate level of rates will need to be somewhat higher than thought at the time of the September meeting and Summary of Economic Projections,” Powell explained.

At the heart of the Fed’s monetary policy is slowing growth in demand, and while the economy has shown definite signs of slowing this year (negative growth in the first two quarters and 2.9% growth in the third quarter), the resiliency of the labor market continues to be a fundamental concern of the Fed. 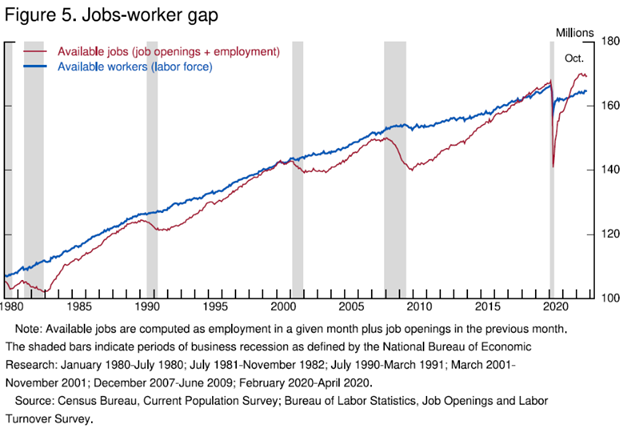 “Currently, the unemployment rate is at 3.7 percent, near 50-year lows, and job openings exceed available workers by about 4 million—that is about 1.7 job openings for every person looking for work. So far, we have seen only tentative signs of moderation of labor demand,” detailed Powell.

Alongside labor market imbalances is continued wage growth, which has slowed but is still on the rise and is well above levels that align with the Fed’s desired 2% inflation. All of that said, Powell acknowledged that the aggressive and rapid changes made this year in central bank monetary policy likely haven’t played out fully yet and that a time for slowing could be as soon as the December meeting.

“Given our progress in tightening policy, the timing of that moderation is far less significant than the questions of how much further we will need to raise rates to control inflation and the length of time it will be necessary to hold policy at a restrictive level. Restoring price stability will likely require holding policy at a restrictive level for some time,” Powell cautioned.

The inflation fight and volatility are likely to continue well into next year, and for advisors seeking to invest in equities but with a measure of volatility mitigation and downside protection, Nationwide offers risk-managed ETFs for each of the major equity index, which is worth consideration.