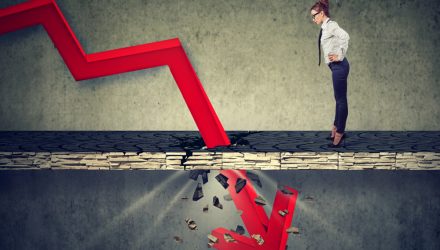 Are Markets Nearing the Bottom?

Have equity markets hit bottom? Mark Hackett, chief of investment research for Nationwide’s Investment Management Group, wrote in the Nationwide blog that there are certainly signs to suggest that they’re at least nearing it.

For all the volatility experienced over the last two months, the S&P 500 has changed very little. The S&P 500 is looking to rally after a week that saw a loss of less than 1%. After all the dust settled, the index saw two positive and two negative moves over the last four weeks.

Hackett also wrote that volatility is also appearing to ease up, with directional moves of 2% or less in the past three weeks following moves of 5% or greater in four out of the last five.

Still, risks of a recession are rising, with Bloomberg data showing a 38% chance of a recession in the next 12 months and 98% over the next 24. This reflects similar worries showed in economist surveys. It will be critical to monitor consumer behavior over the next few weeks, given signs of a peaking job market, historically weak sentiment, and negative real wages.

“This week is among the most important of the year as it will set the stage for the next two quarters,” Hackett wrote. “What to watch: any breakout directional market moves, signals ahead of the July FOMC meeting and the ramp up in earnings. We are cautiously optimistic that equities are in a bottoming pattern.”

Over the next several weeks, earnings will be the primary driver of market movement as companies release their second-quarter reports. Only 8% of S&P 500 companies have reported, with growth tracking towards 5% on 11% revenue growth, indicating margin contraction.