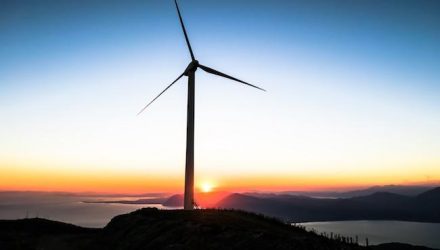 Renewable Energy Is Finally Living up to Hype

Global markets have steadily been adding renewables such as wind and solar to their energy mix for several years now, but according to a handful of new reports, 2016 might have been the tipping point. Not only did the world add a record level of renewable energy capacity last year, but it did so at a significantly lower cost compared to 2015. In the U.S., wind and solar both had a knockout year, the latter of which ranked number one in terms of new capacity growth, ahead of fossil fuels.

Investors who might have overlooked this growing industry probably can’t afford to do so any longer. After several years of hype and false starts, renewable energy is finally starting to hit its stride.

Among our favorite energy stocks right now are SolarEdge Technologies, up more than 50 percent year-to-date as of May 24; Vestas Wind Systems, the largest wind farm manufacturer in the world, up 33 percent; Siemens Gamesa, up 27 percent; and Sociedad Química y Minera de Chile (SQM), one of the world’s top three lithium producers, up 26 percent. (Lithium is used to manufacture lithium-ion batteries.)