You are at:Home»Relative Value Channel»White House Economic Advisor on Jobs Report: Don’t Pay “Any Attention to It” 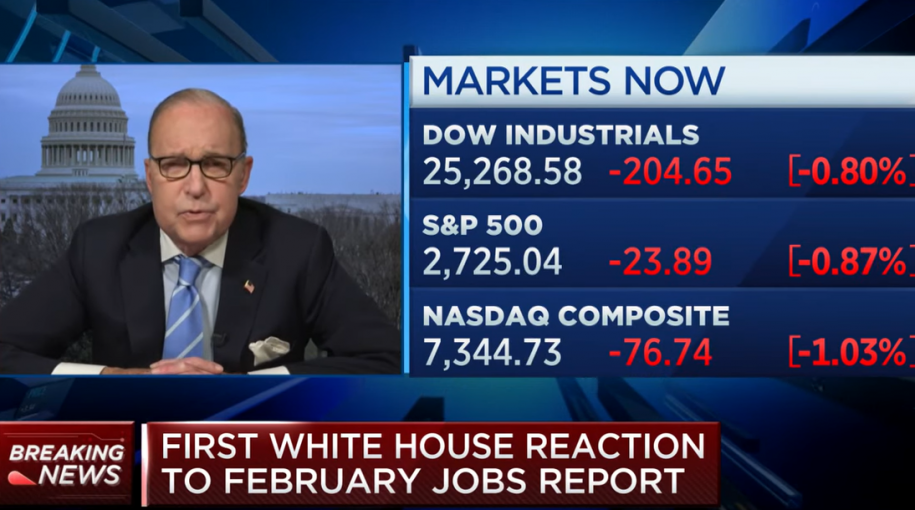 White House Economic Advisor on Jobs Report: Don’t Pay “Any Attention to It”

Following Friday’s employment report that showed weaker-than-expected jobs creation, White House economic advisor Larry Kudlow was quick to stomp out fires in the capital markets, telling investors not to pay “any attention to it.”

The Dow Jones Industrial Average fell as much as 200 points, but pared down its losses to settle for a 128-point decline as of 11:30 a.m. ET.