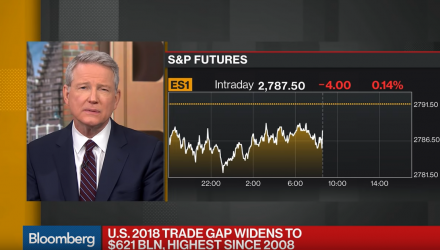 In the video below, Kara Murphy, chief investment officer at United Capital, and Dean Maki, chief economist at Point 72, examine the U.S. trade deficit, which widened to a 10-year high of $621 billion in 2018. They speak on “Bloomberg Daybreak: Americas.”