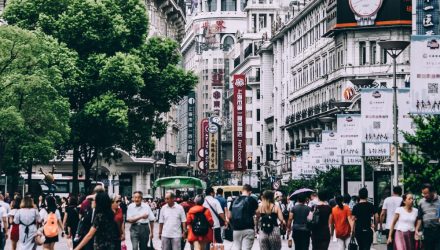 It’s been a tough year for farmers, as a recent story in The Wall Street Journal documented.

A worldwide surplus of commodities like corn and soybeans, and the ongoing trade dispute with China, a big importer of U.S. food products, has depressed prices and created uncertainty. And then there’s the weather.

Prices for these products have always been subject to cycles of boom and bust, but this time the bust has seemed to last longer than usual. But people have to eat, the global population continues to grow, and lots of resources are finite. It’s not unreasonable to assume that prices will ultimately recover and that the industry will get more efficient as it consolidates.

Another possible benefit: global growth, which has been slowing, appears to be leveling off, according to the World Bank2. Jobs and other data coming out of the U.S. have been less than stellar, but not bad. China continues to look for ways to boost its growth, even as trade issues there appear to be on their way to some sort of resolution. The European Central Bank recently reversed course on interest rates, indicating it would be easing instead of tightening. All these actions should be good for growth, and an expanding global economy is one that will need all kinds of resources.

There are other reasons to consider exposure to this asset class. Historically, natural resources have exhibited low correlations to traditional stocks and bonds. This suggests there may be diversification benefits from allocating to the asset in a traditional portfolio. Commodities have also shown a historic tendency to do well in the later stages of an economic cycle.