You are at:Home»Relative Value Channel»This Economy Left Millions of Americans Behind 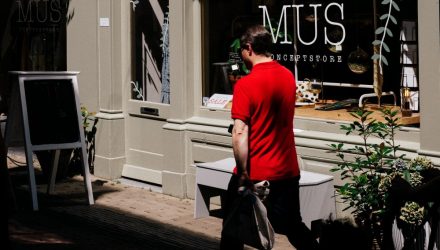 This Economy Left Millions of Americans Behind

Whether that law actually helped is subject to debate, but Bush picked a good name for it. Humans are social creatures. Our instincts tell us to make sure no one in our tribe gets “left behind,” economically or otherwise.

That instinct breaks down sometimes. Or we disagree about who belongs in our tribe. It’s a big problem in either case.

Hence, when people say even the poorest Americans live better than their grandparents did, or better than those in other countries, they miss the point.

Past generations and people overseas are the wrong comparison. We get angry when our own group leaves us behind.

Millions of Americans feel that way. And the data say they aren’t wrong.

In 2013, the Federal Reserve began conducting a yearly “Survey of Household Economics and Decision Making,” under the catchy acronym “SHED.” It measures the economic well-being of US families and identifies possible risks.

The latest SHED found 34% of adult Americans say they are “living comfortably.” Another 41% report they are “doing okay.” So 75% of us are generally satisfied, economically.

That sounds great, and in one sense it is. The 2013 SHED found only 62% were in those two groups. So to now have three-quarters satisfied is a significant improvement.

The problem is 75% ≠ 100%, and millions of people aren’t economically satisfied.