You are at:Home»Relative Value Channel»Robert Shiller: There Could Be Declines In Home Prices Especially At The High End 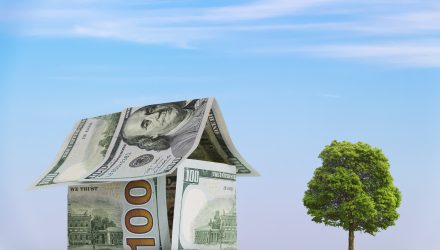 Robert Shiller: There Could Be Declines In Home Prices Especially At The High End

Robert Shiller: There Could Be Declines In Home Prices Especially At The High End

Home price growth not seeing necessarily a nice boost or at least not as much as it was. It’s growing at its slowest pace since 2015. The S&P CoreLogic Case Shiller Index mark ten consecutive months of decelerating price growth. Joining us with more is Yale University professor Robert Shiller whose namesake index obviously. So Robert thank you so much for joining us so talk to me about the deceleration that we have seen and whether it’s slowing down whether we’re going to start to see an acceleration again.

Well the housing market. You have to remember is totally different from the stock market. The stock market is approximately a random walk in one day to the next you don’t know what the housing market. It’s not a professional market. I mean it’s everybody who buys and sells homes. And so the market has turned. Notably there’s also trends in the rate of change. If you go back to five years ago the market was going up in the U.S. National something like 10 percent a year. And then it’s Bend’s tree being down. This is the long term phenomenon. A year or so ago it was 5 percent. Now it’s 4 percent. In our big cities that our composite it’s more like three and a half percent. So those are. Trends that the question now is will those trends continue. Well they’ve been going on for five years so maybe they will continue but it’s not as it’s not going to be a one day catastrophic drop.

Professor Shiller I’m curious is there any period in the past where we can look back where we see these kinds of peaks and then the valleys and then the peaks to realize the past does not tell you where you’re necessarily going but at least gives you some insight into where you’ve been. Have we seen this before.

Well I like to take the most recent example that maybe it’s a scary example so I don’t mean to scare anyone but the 2007 peak. It actually started leveling off in 2005. And it was going down at such a low pace between 2005 and 2007 Desert which city you’re looking at. It didn’t get much attention but it was already starting to then look like a bubble bursting. And I know from Internet searches that public opinion was changing. And then it just kept going down a lot. That was the world financial crisis. We’re not in that sort of mood right now. We weren’t so speculative as we were back then and we’re not talking about bursting housing bubbles. So that’s why I don’t see anything really dramatic happening. We’re only talking about a decline in the rate of increase at this point.

Nobody gets upset when at least the price is still going up. But then you read headlines about people who are trying to sell their homes and in places like South Carolina North Carolina even Florida or as we say near Florida houses are too big that the whole tax that people want that houses are too big and they’re staying on the market that much longer because of that. Do you see this as a long term trend especially with millennials who appear to want to rent not own.

Right. Those are important factors. The. Boom that preceded the Great Financial Crisis the boom actually goes back to 1997 to 2005 or 6. That boom was an enthusiastic one. People. Really jive down their self. Ego was dependent on having a big house. That was when they invented the term McMansion. Yup referring to you know cookie cutter identical mansions that were being built. And people were inviting people over and showing off their properties. Now years have passed and we’re we’re not we’re done with that completely but we’re somewhat done with that. We were in the social media and now we don’t even bring people over to our cause. We communicate with them electronically. And some of these people are retiring now or downsizing you know they don’t want the big home anymore it’s not fun anymore to be maintaining this big home and then who’s going to buy the house. So this is a worry. It is a worry. I don’t see it developing overnight but there could be actual declines in home prices especially at the high end.

You know there was trouble and they were putting Palladian windows in Tudor style design get carrying thinka in my right.

I’m Perfessor on related to that point. We’ve been talking a lot here today about the coming Uber and Lyft IPO. And the so-called sharing economy and this sort of goes into the theme of what you’re talking about this desire on the part of millennials to rent and not own to have smaller spaces. Do you think that these are sort of transitory effects on the housing market. Or do you think this is a larger more secular trend.

There’s definitely truth to this observation about the sharing economy and it’s changing a lot of things. The big problem is estimating what impact that will have on existing home prices. Right. You know there are history of technology changes producing drastic number the word ghost town. There was a time that’s not needed anymore. Home prices can fall to zero in some places. But it’s hard to know where we’re going what is it. It’s definitely a problem.

All right. Picturing tumbleweeds. Thank you so much professor Robert Shiller Nobel prize winning Yale professor of the namesake Case Shiller Index. Thank you. My. Pleasure.