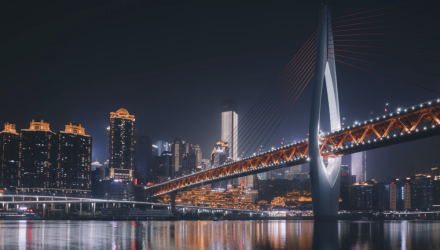 The Prospects of an Impending Global Recession

The temperature of the global economic data porridge was cold enough to nudge the stock market pendulum towards risk-off, as the ECB and China both reduced growth forecasts while the U.S. jobs report was downright frigid.

Concerns shifted from monetary tightening by the big bad Fed to the prospects of an impending global recession.

Things were not all quiet on the eastern front, as North Korea has rebuilt its main rocket launch site and satellite images suggests an imminent launch of either a satellite or a missile. Meanwhile, China and the United States are still working day and night to achieve a trade deal that both sides view as equal and fair. In a symbolic sign of progress, China Vice Premier Liu had a hamburger while U.S. Trade Representative Lighthizer had eggplant and chicken. At the risk of seeming like a cynic, I suspect that the ultimate trade deal will be similar to that symbolic food swap in nature, with hopefully the recently imposed tariffs eliminated.

The S&P 500 declined every trading session, posting a 2.2% loss even after yet another Friday afternoon rally minimized the damage. The yield on the Ten-Year Treasury dropped 13 basis points to 2.62%, essentially moving from the high-end of the 2019 range to the low-end. The U.S. Dollar reached its highest level of the year, before retreating modestly on Friday.

Earnings season is essentially over and the economic calendar is pretty light. Retail sales on Monday could be interesting after the confusing drop reported in the previous month. CPI on Tuesday would only be relevant if it comes in higher than expectations, thereby undermining the Fed’s recent dovishness. The University of Gottlieb (Michigan) sentiment survey on Friday could also be interesting. There are so many complicated and conflicting plot lines in the news. Is the American consumer feeling confident or concerned?