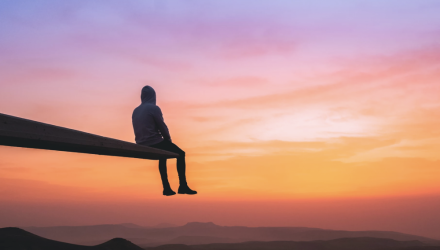 A Key Economic Indicator Points to Recession, but Stocks are at All-Time Highs. What Gives?

By Dr. Sonu Varghese via Iris.xyz.

If I had to pick a single economic indicator to predict the direction of the US economy, it would have to be the yield curve.

But what exactly is it?

The yield curve is simply a curve on the graph of interest rates on US treasury bonds across various maturities (1 month to 30 years).

Interest rates (or yields) on the short end of the curve, i.e. smaller maturities, typically rise and fall depending on what the Federal Reserve (Fed) does, or is expected to do over the next year or two. If economic growth is strong, and if the Fed perceives there is a risk of overheating, they raise interest rates and the short end of the yield curve rises. On the other hand, if they believe a recession is imminent, they tend to lower rates.

Now interest rates on the long end of the curve, i.e. maturities of 5 years or more, are typically higher than those on the short end and a reflection of the broader bond market. If investors anticipate higher growth and inflation they will demand much higher long-term interest rates, widening the “spread” or difference between short and long-term rates.

Below you can see an example of a “normal” upward sloping yield curve; at the end of 2017 when economic optimism was riding high amid tax cuts and stimulus spending from Congress.

So is a recession imminent?

The yield curve has inverted ten times over the past 60 odd years, and in nine of those times, a recession followed anywhere between 7 and 24 months later. No wonder that the inverted yield curve is one of the go-to indicators for an economic forecaster.