You are at:Home»Relative Value Channel»Josh Friedman of Canyon on CRE, Credit Markets and Exposure to Risk 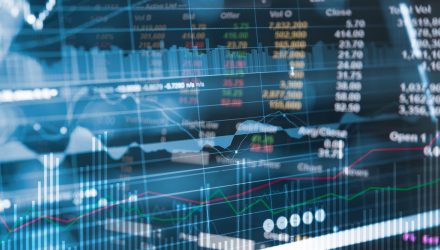 Josh Friedman of Canyon on CRE, Credit Markets and Exposure to Risk

Canyon Partners Co-Chairman Josh Friedman discusses how the firm is investing in real estate, the state of credit markets and its exposure to risk. He speaks with Bloomberg’s Erik Schatzker. (Source: Bloomberg)

Canyon is shorting the commercial real estate market that is interesting. Tell me more.

Well we’ve started to use CMB x triple B minus layers as a way to provide a hedge with maybe some optionality in a downturn as well partly because of weakening fundamentals and the underlying credits partly because weakening structural characteristics of those of those instruments themselves. How big a deal is this for the firm. It’s enough to provide a fair bit of insurance in downturns. We saw it actually helped quite a lot in December. We’re looking at the characteristics of some of the underlying properties CMBS inherently has some of the lower quality commercial real estate mortgages as part of its asset base. But today the percentage of those assets that are interest only loans for example is increased quite dramatically. Earnings are starting to miss projections and are actually down in some of the fundamentals fundamental credits as opposed to being projected to be up. So you’ve actually got loan to values that are comfortably above 100 percent in a fair bit some of those portfolios even though they’re still paying coupons.

Josh some people say that what’s happening in commercial real estate to that A is reminiscent of what was happening in residential mortgages before the financial crisis. Do you see those parallels.

I think it’s a bit of an overstatement frankly. I think that the layers in the armB.S. world the residential world were very very. Thin layers piled at the very bottom underneath heaps of senior debt. And there were there were practices that were causing. TESEV issuance of mortgages back then I wouldn’t quite say that’s the case with commercial. However we shouldn’t forget that commercial real estate. Is 173 percent of the value it was at at the peak before the crash in 2008 whereas residential zone. It 110 percent. So there’s a good bit of room to fall particularly if rates rise and cap rates go up.

So those are 73 percent higher than the previous peak.

Yes they are. And that’s facing some secular head ins as well. You know we’ve heard a lot about retail the retailing is being hurt but you know we have something like 8 times the square foot of Germany per capita of retailing. We just don’t need all retail space.

But that’s where I go back to raising mortgages. Again not to I know you say the parallels are overstated but there are things that are the same right. There’s oversupply. Valuations may be stretched. The fundamentals appear to be deteriorating. And at least in the structured product there’s deteriorating. Like collateral quality structural quality. Those are all kind of the same.

Yeah I just wouldn’t get quite as alarmed. I know I love it. It’s a great hedge. It works. Well. It goes against the market it has structural headwinds credit. Curation and bad lending practices have helped and you have the basic. Shoe of retail being over Stuart. So I think that’s all great. In residential mortgages you had an incentive to have. Massive amounts of issuance with essentially no down payments. Posing no price discipline as well as a healthy amount of. Documentation and other things. I think some of the things in residential were just there. There were almost a caricature of the extremes of the market and. That’s the same thing with commercial mortgages. But I do think. They’re an awfully good short right now.

Give me a sense of scale you’re twenty five. Call it twenty five billion dollar firm. This accounts for how much of your NAV.

Little excess of a billion dollars.

Okay that’s that’s substantial. And when you talk about hedging. And the need to hedge at this point would use. That canyon overall as being cautious about positioning in financial markets.

Yeah our long exposure is probably less than it’s been any time in recent memory. Our equity exposure including post bankrupt equities and our. Braj interest value equities is something below half. Not half of what it was maybe last April or so. We’re I guess we saw the fragility of. It in December and we think there were a lot of warnings in the overall macro. Me that are more than just that are that are more than just. Noise today that little signal you’re seeing fundamental weakening. China you’re seeing fundamental weakening in Europe you’ve really seen. The mix of monetary and fiscal policy and its ability.

To stand out a long boom period. Rates are low. Everywhere it’s hard to see rates being any lower than [inadubile]Draghi when he spoke about interest rates and pushing off. Any reversal of quantitative easing. You could see. Read that either as a bullish signal at great rates are going to stay low or. Read that as a sign of fear. I read it more as a sign of fear about.