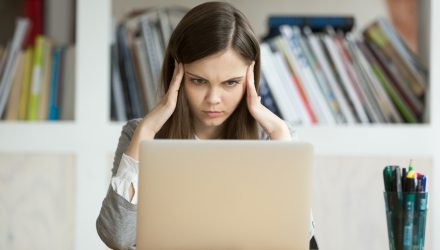 I shared Charlie Munger’s take on concentrated portfolios a few weeks ago. For similar reasons, I thought I’d share John Maynard Keynes’s view on it as well.

Keynes’s reasoning comes as a response to criticism from Francis Scott for taking a too large position in Elder Dempster stock. He initially explained his reason for buying like so:

…finding a security which was good, which we had not got and of which a large block could actually be purchased — an accumulation of circumstances I had not come across for months — I lost my head. I was also suffering from my chronic delusion that one good share is safer than ten bad ones, and I am always forgetting that hardly anyone else shares this particular delusion.

Pointed as that last sentence is, it shows that the unpopularity of concentrated portfolios is nothing new.

Even more, it shows how a majority of people can see one thing as risky while others don’t and both can make a sensible argument to their correctness. Scott replied with his opposing view, which fits the argument against concentration still used today.

Basically, Scott thought it best to spread the eggs into multiple baskets than put them all into one basket. Keynes had a different view which he summed up in a single sentence a few years early:

To carry one’s eggs in a great number of baskets, without having time or opportunity to discover how many have holes in the bottom, is the surest way of increasing risk and loss.

Eventually, Keynes clarified and expanded on his response after hearing back from Scott.

When combined with his investment policy, a concentrated portfolio made sense, at least, to him. Whether it makes sense to you, I guess it depends. Here’s Keynes’s argument:

(1) I confess that I bought too much of this particular security and would have done better to buy less.

(3) I consider capital profits and accruing income as the measure of success. But it is not the case that I aim at capital profits as such. There are very few investors, I should say, who eschew the attempt to snatch capital profits at an early date more than I do. I lay myself open to criticism because I am generally trying to look a long way ahead and am prepared to ignore immediate fluctuations, if I am satisfied that the assets and the earning power are there. My purpose is to buy securities where I am satisfied as to assets and ultimate earning power and where the market price seems cheap in relation to these. If I succeed in this, I shall simultaneously have achieved safety-first and capital profits. All stocks and shares go up and down so violently that a safety-first policy is practically certain, if it is successful, to result in capital profits. For when the safety, excellence and cheapness of a share is generally realised, its price is bound to go up. The Elder Dempster case is a very good example of this. I have no particular expectation of this share going up at any early date. I picked it because it seemed to me exceedingly safe and, apart from short-term fluctuations, unlikely to go down in the years ahead.

I am quite incapable of having adequate knowledge of more than a very limited range of investments. Time and opportunity do not allow more. Therefore, as the investible sums increase, the size of the unit must increase. I am in favour of having as large a unit as market conditions will allow and, apart from a small group of securities, this generally means a smaller unit than would be made necessary by the size of the investible fund.

(4) As good examples of speculative attempts at capital profits I should instance South American shares and oil companies within the area of hostilities. I should not deny for a moment that such investments may result in capital profits. My objection is that I have no information on which to reach a good judgement, and the risks are clearly enormous. To suppose that safety-first consists in having a small gamble in a large number of different directions of the above kind, as compared with a substantial stake in a company where’s one information is adequate, strikes me as a travesty of investment policy.

(5) The units we actually work to in the Provincial represent a very expensive concession from what I personally think the counsel of perfection. There has been an extremely good experimental test of this in a comparison of results in the accounts of the Provincial and King’s over the last twenty years… Nevertheless, King’s has done immeasurably better than the Provincial. I am quite sure the reason for this is that our unit of investment, which has been practically the same size as for the Provincial, though our investible funds are only about one-third as large, has been so much larger. We have been much more strictly limited to shares where I have felt myself in a position to have a sound judgement. We have not lived up to this as much as we should. We should have done better still if we had lived up to it more.

The other day we were looking at our back records with a view to conducting a little bit of a post mortem and to discover whence the satisfactory results came. The answer seemed to be that (with one or two minor exceptions in the American market) there had scarcely been a single case of any large-scale loss. There had been big fluctuations in market prices. But none of the main investments had, in the end, turned out otherwise than all right. Thus, against the profits which inevitably accumulate, there were comparatively few losses to offset. Virtually all our big holdings had come right. Now that is what I call a safety-first policy as judged by results. Where King’s has made profits the Provincial has nearly always made profits too. But they have not been an equally high proportion of the total invested funds.