You are at:Home»Relative Value Channel»Investors Are Just Not That into the Stock Market 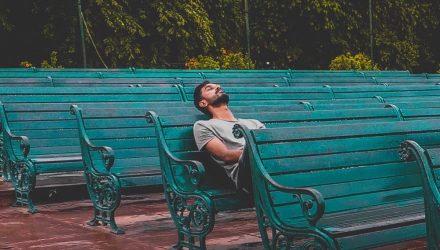 Investors Are Just Not That into the Stock Market

It’s been hot as hell for much of the world this week, around 107 Fahrenheit in Paris yesterday! So I’ll do my best to keep this look into economy and markets a bit shorter than my usual. When economies and markets are near a turning point, often the headlines tell a very different story than is revealed by digging deeper into the data – you can’t judge a book by its cover.

In this week’s issue of Context & Perspectives:

Budget Debate Off the Table Until 2020

Apparently, the Democrats were also feeling the heat as they managed to work out a deal on a 2-year budget with the President, so at least that drama is off the table until after the elections. Maybe at some point during the elections someone will mention the enormous level of debt the government has accumulated, while Social Security remains a massively underfunded elephant in the room.  Or maybe not. We live in interesting times.

Investors Just Not That into the Stock Market

While the market continues to grind higher, digging into the details we find that investors have really not been loving this stock market. Over the past 52 weeks, according to data from the Investment Company Institute (ICI), investors have pulled $329.4 billion out of equity funds, another $94.0 billion out of hybrid funds and put $75.7 billion into bond funds. So how has the market continued to march higher? Over the past five years, investors have been net sellers of the market with corporations themselves the net buyers through stock buybacks, which isn’t quite as rosy as it may first seem.

Some of these buybacks are being funded through debt, which has led global corporate debt to reach unprecedented heights, as I discussed in my last piece when I pointed out the proliferation of not just corporate debt, but also the increasing numbers of zombie corporations. There are a few others also concerned with this, as was discussed in a Barron’s article yesterday, you might recognize just a few of these names.