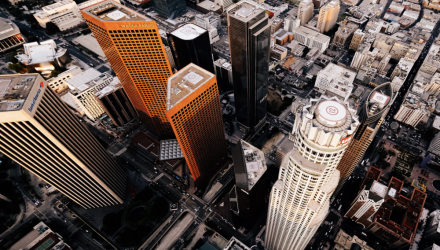 How Effective Would ECB Rates Cut Be?

The U.S Federal Reserve was not the only major central bank discussing interest rate cuts last week, the European Central Bank (ECB) is also toying with the idea of cutting rates in the near future. This has been a slightly surprising development considering the ECB’s main deposit rate is already at -0.4% how effective would further rates cuts be? The answer: not very.

When a central bank moves interest rates there are three transmission mechanisms between how these rate movements directly influence the real economy:

In theory, interest rates cuts can support economic growth in the Eurozone however, in practice these transmission mechanisms are restricted in a sub-zero interest rate world. The chart below shows the overnight borrowing rates for businesses and households in the Eurozone, both rates struggle to fall below 0% as banks are unwilling to extend loans or mortgages at negative interest rates. Therefore the only transmission mechanism that looks to be influenced is through lower bond yields is government spending. The problem is that many European governments have implemented strict austerity measures, limiting fiscal deficits and looking to reduce debt levels therefore lower bond yields do not have the desired effect of encouraging government spending.

Related: Will the Fed Cut Rates?

The ECB must hope that further rate cuts can help economic growth indirectly by lowering the value of the currency and increasing asset prices. However, the risk the central bank is running into is that negative interest rates do more harm than good, warping financial market conditions and doing little to stimulate real economic growth.