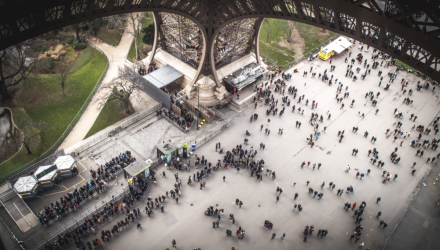 Global Growth Will Be Positive but Unspectacular

Themes and implications from the Multi-Asset Solutions Strategy Summit

SO FAR, 2019 HAS BEEN A YEAR OF SUPERLATIVES. The strongest January equity rally since 1987, the lowest weekly U.S. jobless claims since 1969, the lowest German Bund yield ever and, if we make it unscathed to the end of June, the longest U.S. economic expansion on record. Less constructively, we have the weakest eurozone manufacturing data since the sovereign debt crisis, the flattest U.S. yield curve since the global financial crisis (GFC) and tariffs at their highest level in half a century. Smoot-Hawley it isn’t (at least not yet), but the trade dispute is having a tangible impact on asset markets and the global economic outlook.

Our base case remains that global growth will be positive but unspectacular and that a recession is unlikely over the next 12 months. However, our hopes of a decent second-half rebound in activity – particularly in trade and capex – are fading, and global growth is on track to come in a little below trend for the year as a whole. Recession risks are certainly higher than they were at the start of the year, as a cursory glance at the inverted U.S. yield curve will suggest. But with labor markets robust and household balance sheets strong – on the basis of economic data, at least – risk of contraction over the near term is relatively contained. Further out, however, risks may be more negatively skewed.

The trade dispute is the most eye-catching of these risks and would pose a clear threat to the global economic outlook were it to escalate. The risk of a negative growth shock is among the reasons for the Federal Reserve’s (Fed’s) increasingly dovish tone for U.S. rates. A less well telegraphed but equally valid reason for the Fed’s renewed dovishness is the weakness of inflation data this year. Certainly, the shift in rate expectations has been profound, and markets are now pricing the fastest pace of rate cuts in more than 30 years, absenting the GFC. This is all the more notable given that just six months ago the market was still pricing rate hikes, and the Fed’s dovish reset coincided with a U.S. first-quarter GDP print that was the strongest in four years.