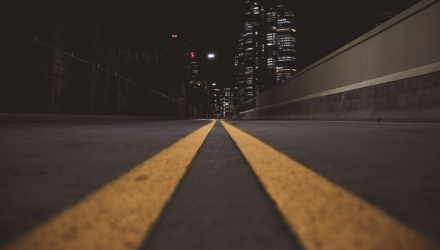 Last week was quite eventful! I was honored to speak alongside some of the best and brightest in the investment industry at the Oxford Club’s Private Wealth Seminar held in New York City. I enjoyed hearing from all the speakers at this year’s event, especially Alexander Green, chief investment strategist at The Oxford Club.

Alex spoke to a theme I think most investors can relate to—the importance of remaining positive and looking past the gloom-and-doom headlines that often weigh on the market. I’m a firm believer that your thoughts manifest your future. It’s very hard to make money and be successful when you’re always expecting the worst to happen.

“Follow the trend lines, not the headlines,” President Bill Clinton once said. I’m a news junkie myself, but I guarantee you I wouldn’t be where I am today had I based every one of my investment decisions on what the talking heads tell me.

Alex recommended a few positive books that I plan on picking up at some point. Among them are Steven Pinker’s Enlightenment Now, Matt Ridley’s Rational Optimist and Peter Diamandis’ Abundance. All three books, in their own ways, take on the popular misconception that our lives are progressively getting worse. The headlines might make it feel this way sometimes, but the trend lines tell a different story. We’re living longer, healthier and freer lives than we were in years past.

Don’t believe me? Take a look at the chart below, courtesy of research website Our World in Data. It shows that an increasingly smaller percentage of people are now living in extreme poverty compared to earlier times. As recently as 1820, a vast majority of people—close to 90 percent—were living on less than 1.90 international dollars a day. Comfort and abundance were the rare exception, not the rule. Today, thanks to industrialization and liberalization, millions upon millions of people have been lifted out of poverty.

The Bund rally was sparked by the release of factory data that shows that Germany’s manufacturing sector contracted at a faster pace in July. The country’s preliminary purchasing managers’ index (PMI) hit 43.1, down sharply from 45.0 in June and a seven-year low. Output slipped to 44.1, its steepest decline since 2009.