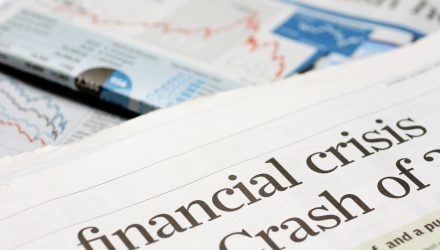 Patience is usually considered to be a virtue except when it comes to investing. Investors are notoriously impatient when the funds they are in underperform the market for a few years. The magic number seems to be three.

There was an influential study of institutional investors done over a decade ago showing how poor their hiring and firing decisions were. Institutional investors typically fired a manager after three years of subpar performance and hired a manager after three years of exceptional performance. The only problem was the newly hired funds tended to underperform for the next several years and the fired funds would outperform.

Morningstar found that the same pattern holds true with mutual fund investors. Its conclusion: “Think twice before you ditch that laggard fund in your portfolio.”

This week’s guest hails from a firm where patience is still considered a virtue and whose slogan is “Slow and Steady Wins the Race” with a tortoise as its logo. He is Charles Bobrinskoy, Vice Chairman and Head of the Investment Group at Ariel Investments where he manages their focused value strategy and spearheads its thought leadership efforts.

Ariel’s known for its patient long term value approach, it’s contrarian strategy and its financial research frequently partnering with faculty at the University of Chicago’s Booth School of Business. A recent Aril report was on the lessons learned from the global financial crisis.

I asked for Bruhns scored to give us a briefing what we learned in the financial crisis was the best time to buy is when people are panicking when people are scared. And you have to be greedy when others are fearful. It’s very hard to do but it really is the secret to active investing.

So in the throes of the financial crisis then when the market bottom in March 9th of 2009 and the rest of the world is freaking out you were not freaking out at Ariel.

We were concerned there’s no doubt about it but the companies that we owned were not going away. We talk a lot about a name I love to talk about as Tiffany which had had a terrible 2008 because frankly Wall Street bankers didn’t get very good bonuses at the end of 2007 and they didn’t buy Christmas presents on Fifth Avenue and left flagship store. And so Tiffany had a terrible Christmas and the stock went down. We bought it in the spring of 0 8 and then we saw the stock just keep going down and keep going down to all of 2008 the beginning of 2009. But there just wasn’t any doubt in our mind that Tiffany in the end was going to be fine. People weren’t or are not going to stop buying jewelry. But in the short term they might buy less jewelry. And so we were confident that companies like Tiffany and CBS and KKR and other names like that were going to be fine in the long run.

Therefore I do have faith in the strengths of the U.S. economy and the capitalist system and more or less free market. So you are believers in the resiliency of our financial markets too right. Yeah I wouldn’t even use the word faith.

Let’s talk about the leveraged factor and the debt factor and what caused the financial crisis was too much leverage and too much debt.

And both the consumer side and on the corporate side and what we found in the financial crisis was that even in some very good companies had too much debt. Right. And as a result when times get tough and their banks started having problems the banks forced them to issue equity at the absolute worst time when their stocks had been pushed down when their earnings were down. And so some good companies had an even worse 2008 than they should have because of their leverage. So after 2008 did you own any of this company. We had some names recently that I mentioned had some debt and when the bankers stopped buying jewelry and Christmas of 0 7 the earnings dropped and Tiffany had more leverage than they wanted and so they had to go to Warren Buffett to get a loan. And there were some other great names like CB Richard Ellis which ended up being fine. All right. You exactly the real estate firm had to issue equity at the at the wrong time. So temporary results for our portfolio were pressured by these companies issuing equity.

And so and that’s a long term holding as well the CB Richard Ellis right.

Another one of your long term holdings and a lot of money has gone into that business.

The equity business is tough because the S&P 500.