You are at:Home»Relative Value Channel»Do We Have the Next Great Depression in the Making? 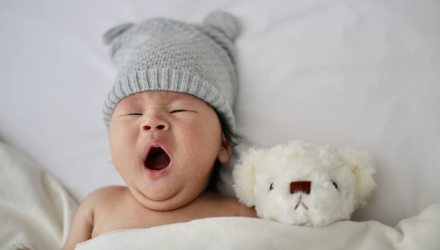 Do We Have the Next Great Depression in the Making?

With all eyes focused on Facebook’s cryptocurrency reveal, what the Fed did and Slack’s IPO, all of which we’ll address in the coming days, let’s turn our attention to another major issue that is silently unfolding: the great baby bust. More than any of the current hot events, it will have a significant impact on the future of our economy and the success of your investments…

Decades before births peaked in 2007, I was projecting it would happen. But how could I know that? Easy. Because births fall when the economy slows, especially in the Economic Winter Season, which we’re in the latter part now.

A warning: I’ve got to get technical here to make my point clear. Bear with me…

The Boomer plateau peak was 40 years after the Bob Hope peak in 1921. That’s right on the typical 40 years generation cycle. However, the difference between the Boomer top in 1961 and the Y top in 1990 was just 29 years and between Y and Z was only 17 years.

The generation cycle is collapsing in the U.S. and our next four-season economic cycle will be shorter, more like 50 years, taking us back towards the Kondratieff Wave average 60-year rhythm.

That’s bad news for today’s young kids and future grandkids. The Fed’s actions today, won’t help them. Nothing Facebook or the next IPO or the Donald does will change this. Really, it’s up to you to get them ready and we’re here to help (something we’re focusing on this week in The Rich Investor, so be sure to read your emails). Particularly because, besides the numbers, these economic cycles will also have different drivers going forward.