You are at:Home»Relative Value Channel»China’s Latest Threat in Trade War: “Don’t Say We Didn’t Warn You” 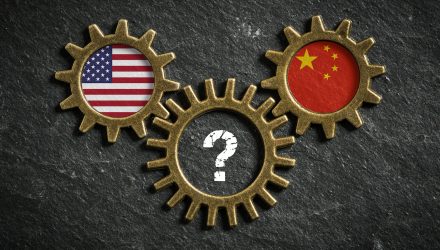 China’s biggest newspaper gave the U.S. fair warning on Wednesday that the trade war could be a protracted one. This time around, China said it would cut off rare earth minerals as part of its latest countermeasure in the tariff-for-tariff scuffle between the two largest economies.

“We advise the U.S. side not to underestimate the Chinese side’s ability to safeguard its development rights and interests. Don’t say we didn’t warn you!” the People’s Daily said in a commentary titled “United States, don’t underestimate China’s ability to strike back.”

Earlier this month, China announced it would raise tariffs on roughly $60 billion worth of U.S. goods beginning midnight (Beijing time) June 1, according to China’s State Council Customs Tariff Commission. This came after the U.S. hiked tariffs from 10% to 25% on $200 billion worth of Chinese exports after trade talks held in Washington failed to produce a breakthrough.

China’s latest round of tariffs included the following:

After a strong first quarter to begin 2019, the second quarter was marred by trade wars as a U.S.-China trade deal that was priced into the markets went from one with the potential to bear fruit to now one that tastes like bitter fruit–one that China is not willing to swallow.

“At no time will China forfeit the country’s respect, and no one should expect China to swallow bitter fruit that harms its core interests,” the People’s Daily said.

White House economic advisor Larry Kudlow told the “Fox News Sunday” program that China must agree to “very strong” trade deal provisions. Until then, Kudlow said U.S. tariffs would remain. Despite the latest tough talk, China, however, was staunch in its unflinching stance.