You are at:Home»Relative Value Channel»Charlie Munger Trusts Only Two Men with His Money 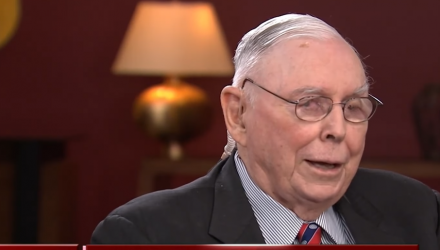 Charlie Munger Trusts Only Two Men with His Money

At the annual meeting of the Daily Journal Corporation in February, board chair Charlie Munger said that there is only one person, other than partner Warren Buffett, that he trusts with his money. This according to an article in Quartz.

That person is Li Lu, founder and chairman of Himalaya Capital, a Seattle-based fund focused on investment in China. According to the article, Munger and others have called Li the “Chinese version of Warren Buffett. Both are investors in the Ben Graham mold of value investing, and both are wildly famous in China for their ability to generate enormous amounts of wealth.”

The article reports that Munger, with an estimated net worth of $1.7 billion, began investing with Li in the mid-2000s. Of Li’s strategy, Munger says, “Partly, he’s fishing in China. Not in this over-searched, over-populated, highly competitive American market.”

When asked what he admires about Munger in a 2018 interview, Li said that he has never seen Munger be “pessimistic or desperate,” despite facing profound setbacks in his life. “He’s objective and rational in everything,” he explained, adding, “There is a Chinese saying that goes, ‘One should neither be pleased by external gains, nor be saddened by personal losses.’ Charlie is one of those people who can achieve such a state of mind.”