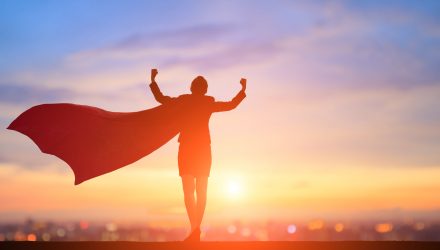 Large cap equities could be entering overbought territory versus small cap equities, but how this plays out could depend on first-quarter earnings season, which could continue to sway in favor of the large caps.

The strength in large caps is certainly something to take note off, particularly when it comes to the Relative Strength Index (RSI) technical indicator–a common tool for traders when assessing whether a stock or exchange-traded fund (ETF) is overbought (the index above 70) or oversold (the index below 30). The former could signal a potential sell-off while the latter could imply a bounce-back.

With large caps currently at 70 and their small cap brethren at 60, does it mean the air is ready to come out of the large cap run higher? It’s not quite clear just yet.

“First, investors moved sharply in favor of large caps and then away from them following the volatility event in early February of that year,” David Mazza, Managing Director, Head of Product at Direxion Investments, wrote in Direxion’s latest Relative Weight Spotlight. “Unless we see flows continue to trend toward large caps, positioning is not offering much insight as of today.”

Earnings season could be the telltale sign with Wall Street analysts are expecting a less-than-stellar earnings season for the first quarter as big banks like J.P. Morgan and Bank of America are scheduled to kick off reporting on Friday. Investors are looking at a 4.3 percent year-over-year reduction in earnings growth, according to FactSet estimates.

“At the same time, valuations remain attractive for small caps relative to large, with small caps trading below their 3- and 5-year average multiples, while large caps are above those averages,” Mazza noted. “Even so, investors remain skeptical considering small caps are trailing large by 4.17% since the beginning of March. This is likely driven by investors and their mixed perceptions of the relative earnings outlook, which has tilted in favor of large caps at the end of February and have continued trending negatively.” 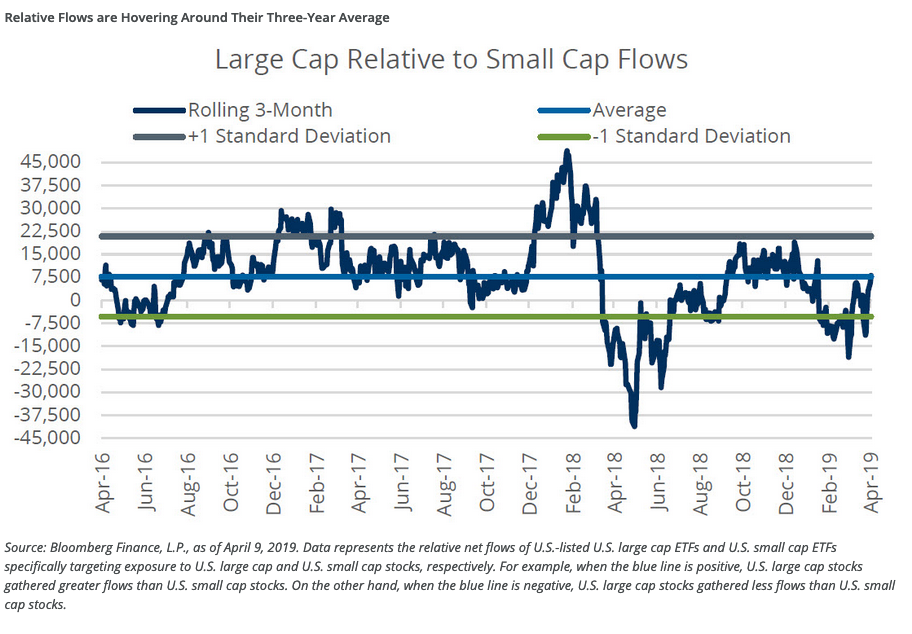 Will large cap equities be able to mute the impact of a poor first-quarter showing versus small cap equities? In a market downturn, investors will typically seek the safer havens of large caps, but investors can capitalize on such a move with Relative Weight ETF products from Direxion.