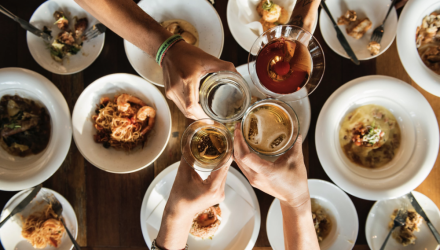 I recently had dinner with my extended family. Afterwards, my parents mentioned they were surprised at how expensive the meal had been. It was a nice restaurant, but nothing fancy. It worked out to roughly $50 apiece, before tip. As we left, we separately climbed into our newish cars, which all cost more than $40,000. My brother-in-law’s pickup tops out over $50,000.

But don’t worry, the government tells us, there’s not much inflation.

We could have chosen a cheaper restaurant, and less expensive cars, which is exactly the point the government tries to make…

The government wants us accustomed to the chained consumer price index (CPI), where prices move higher and we’re chained to a falling standard of living.

The CPI measures the price of a consistent basket of goods. Any change is inflation. Chained CPI takes into account that when something gets more expensive, we could use less of it. To the government, this means we no longer suffer inflation because we quit buying the expensive item, or at least we had the opportunity to switch.

Never mind that it was the high price – or inflation – that drove us to make the change!

Using this logic, there can’t be any inflation until we move to abject poverty, buying only the most basic essentials available on the market.

As prices move higher, we’ll switch from steak to hamburger, then to pork, chicken, and finally beans. The government won’t count inflation until bean prices trend higher and we’ve nowhere left to go.

The Trump administration wants to use chained CPI when increasing the poverty rate, which would make the measure increase slower, thereby cutting the number of people who qualify for benefits such as supplemental nutritional assistance (SNAP) and Medicaid.

The Obama administration tried to do the same thing with Social Security cost of living adjustments… but was roundly condemned for it and backed off.

You might not think this matters to you, since you probably don’t receive government assistance; but don’t worry, they’ve already painted a target on your back.

Part of the 2017 tax reform was to index tax brackets to chained CPI instead of traditional CPI. This makes tax brackets increase slower than they would have, leaving more of your income subject to higher tax rates.

The game doesn’t stop there…

The government also adjusts the price of products to account for changes in quality or functionality. On its website, the Bureau of Labor Statistics (BLS) gives an example.