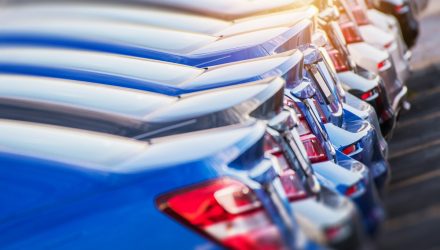 General Motors and Chinese-owned Volvo Cars have been denied a request for an exemption to a 25% U.S. tariff on their Chinese-made sport utility vehicle models.

GM, the largest U.S. automaker, and Sweden’s Volvo both claimed they were aware of the respective denials of their nearly year-old petitions. Neither company had raised the sticker price to account for tariffs, which came into play last July.

The denial of GM’s petition for its Buick Envision was related to its correlation with Chinese industry. The rejection arrived on May 29 letter from the U.S. Trade Representative’s office, which explained that the request concerned “a product strategically important or related to ‘Made in China 2025’ or other Chinese industrial programs.”

Due to its anemic U.S. sales volume, “assembly in our home market is not an option” for the Envision, which competes with such mid-size crossover vehicles as the Jeep Grand Cherokee and the Cadillac XT5. Ahead of the July 2018 start for higher import tariffs, GM shipped in a six-month supply of Envisions at the much lower 2.5 percent tariff rate, Reuters reported in August 2018.

In addition to Chinese tariffs, Trump’s threat to inflict escalating tariffs on Mexico, one of America’s most significant and important trading partners, has heightened concerns about stagnating economic growth. The United States imported $346 billion of products from Mexico last year, including everything from auto parts and avocados to beer and televisions. Automakers, including Fiat Chrysler (FCAU), General Motors(GM) and Ford (F), rely on Mexico as a vital part of their supply chain.

Mexican plants built a quarter of the nearly 17 million light-duty vehicles produced in North America last year. According to the International Trade Administration, U.S. suppliers embody one third of all original equipment parts suppliers in Mexico. That industry, which is the world’s fifth-largest, exports 90 percent of OEM parts to the U.S. That 5 percent tariff would apply to every last nut and bolt.