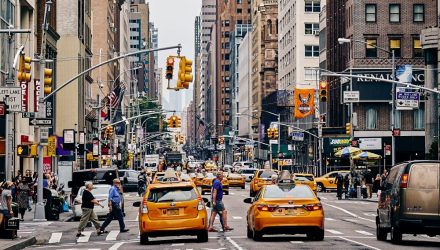 Are We in Recession Yet?

For quite some time now, my answer has been: “Yes, but not just yet.”

That’s still what I think today, but more of the early warning signals I have used in the past are beginning to flash again.

I see some leading indicators weakening. I see smart people like Dave Rosenberg argue we may already be in recession today.

And I see Wall Street not really caring either way, so long as it gets enough rate cuts to prop up asset prices. None of that is comforting.

The storm clouds are gathering. Someone is likely to get hit. It might be you.

I think we all agree this recovery cycle has been both longer and weaker than in the past. Any growth is good, of course, and certainly better than the alternative. But the last decade wasn’t a “boom” except in stock and real estate prices.

I like this chart from Lance Roberts, Chief Investment Strategist at RIA, because it shows long-term (5-year) rates of change over a long period (since 1973) in three key indicators: productivity, wage growth, and GDP growth.

You can see all three are now tepid at best compared to their historical averages: 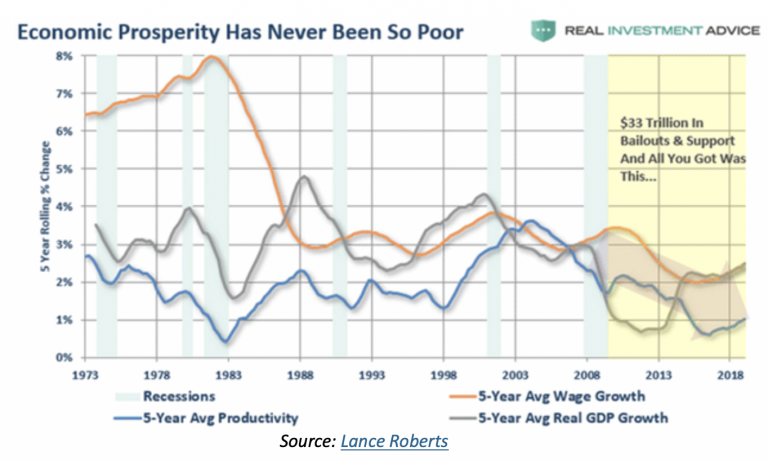 These measures have been generally declining since the early 2000s. It suggests that whatever caused our current problems preceded the financial crisis.

But we don’t need to know the cause in order to see the effects. While not catastrophic (at least yet), they are worrisome. And, as Lance points out, a decade of bailouts and dovish monetary policy didn’t revive previous trends.