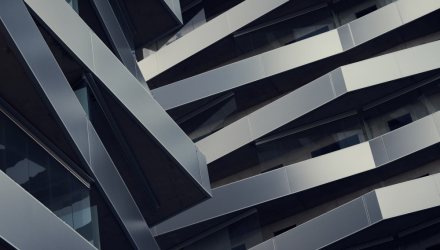 By Salvatore Bruno via Iris.xyz.

While they’re straightforward on the surface, when you look beneath the hood, Real Estate Investment Trusts (REITs) can quickly become more complicated.

At their core, they acquire properties and generate income from leases, passing on that income to shareholders. Large cap REITs generally own larger properties; small cap REITs smaller ones. ETFs like the IQ US Real Estate Small Cap ETF (ROOF) invest in multiple REITs based on the rules of an underlying index. In the case of ROOF, the average market cap of the REITs in the fund was just under $2 billion on May 31, 2019. That compares to an average market cap of over $26 billion for large caps.

Small cap REITs have tended to carry higher yields than their large cap counterparts. For ROOF, the 12- month yield was 6.54% as of May 31, 2019. IQ US Real Estate Small Cap ETF (ROOF)-Prospectus. This compared to a yield of 3.85% for the FTSE Nareit US Real Estate Index during that same period (Source: Bloomberg). REITs are required to pass along at least 90% of their income annually to shareholders.

REITs are generally valued on a metric called “funds from operations,” or FFO. FFO is calculated by adding depreciation and amortization to earnings and then subtracting the value of any sales. It’s effectively the cash flow generated by the REIT and represents money that can be paid to shareholders in the form of dividends. Dividing the REIT share price by FFO gives you a ratio that can be used to compare the valuations of REITs across property types (apartments and office buildings, for example) and market caps, much like a price-to-earnings ratio.

A look at the current FFO ratios for large and small cap REITs shows that small caps are trading at a substantial discount to large caps: 12.6x compared to 17.3x as of March 31, 2019. The last time the ratio was lower was in March of 2016. Over the next 12 months, small cap REITs (ROOF) outperformed large cap REITS (VNQ) by over 1000 bps.  (Source: Bloomberg)