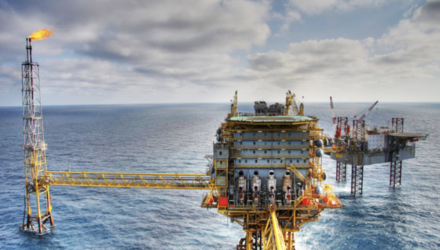 We’ll get to talking about oil and energy in just a moment, but first I have something important to share with you all.

As many of you know, aside from being the chief executive of U.S. Global Investors, I also serve as the interim chairman and interim CEO of HIVE Blockchain Technologies, the first publicly listed company engaged in the mining of cryptocurrencies.

I’m incredibly honored to play a role in this emerging and very promising digital industry, and it’s a responsibility I take very seriously. The search for a new HIVE CEO is underway, but in the meantime, I’m committed to the company’s success, and I see no greater duty than fulfilling my fiduciary obligation to all shareholders equally. On top of all this, I haven’t taken a salary as interim CEO.

If you’ve studied corporate law, you might be familiar with duty of care and duty of loyalty, the twin pillars of fiduciary duty. Whereas the former charges officers and directors to act prudently, the latter says that they should refrain from benefiting themselves at the expense of the company they serve.

To me, that means insisting on good corporate governance and transparency. I expect that from not only HIVE’s own leaders but also those at Genesis, HIVE’s strategic partner and largest shareholder. Sadly, Genesis seems not to be of the same mind.

I won’t rehash all of the grievances here. Those curious can read the press release.

Suffice to say, though, that ideologies clashed the weekend before last, of all weekends, when many families were celebrating Easter or Passover. After months of what I believed were good faith efforts to get Genesis to disclose all costs for mining operations—leading to a breach of contract we value at around $50 million, as per the master service agreement (MSA)—Genesis tried to “resolve” the dispute by removing all HIVE directors who were independent of Genesis’ self-interests, including myself, and replacing them with their own officers and employees.

So why am I sharing this with you? One, I wanted to give you some insight into why HIVE stock fell some 40 percent over two days this week. Before the selloff, HIVE had been tracking Ethereum and was up nearly 200 percent for 2019. As Warren Buffett might say, Mr. Market was none too pleased with Genesis’ actions.