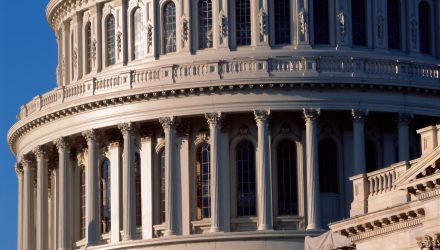 Economic data in the U.S. was positive across the board as November came to an end. Better-than-expected results were seen in:

International data was mixed, however. While China posted better-than-expected manufacturing PMI, industrial production in Japan and mortgage approvals in the UK disappointed.

Global stocks rose during the week. In the U.S., the financial services sector outperformed due to Congress making progress on the corporate tax cut bill and because of positive comments regarding deregulation made by incoming Federal Reserve Board Chairman Jerome Powell. However, technology stocks (especially shares of semiconductor makers) underperformed as investors rotated out of tech into value-oriented investments.

Last week was positive for stocks, overall. That said, many investors also began rebalancing their portfolios—that resulted in some of 2017’s top performers experiencing slight losses, and some of the year’s losers being bid up in price, as investors looked to lock in gains and buy potentially undervalued areas of the market.

U.S. stocks outperformed international equity markets for the week, while value beat growth (driven in part by investors selling tech stocks as part of the rebalancing noted above). Financial services stocks outperformed as progress was made on the Senate’s tax bill. We currently have a neutral growth-versus-value weighting in the portfolios.

Bonds were soft for the week, with little difference in performance among the various segments of the fixed-income market. Credit outperformed slightly.

As markets rallied last week, measures of expected future volatility rose modestly. They spiked briefly late in the week on news that former national security advisor Michael Flynn would testify about the Trump administration’s role in Russian election interference. Although the CBOE Volatility Index (or VIX) increased from 10 to 12, it remains far below its long-term average. Risk Assist portfolios remained fully invested, as they have been throughout the year.

Last week also saw the release of new inflation data showing that the Fed’s preferred inflation gauge rose in October by just 1.4% on a year-over-year basis—in line with expectations. This reinforces other evidence that inflation is rising at a slower-than-normal pace, which some investors believe could prompt the Fed to hold off on raising interest rates.

In the Real Spend portfolios, small-cap and value positions contributed to performance, while international positions performed the worst for the week.