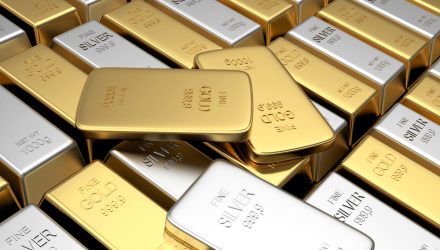 At the Jackson Hole symposium, Powell reassured markets that they will remain patient with their low interest rate policy, which contributed to a weaker U.S. dollar and strength in gold prices, Bloomberg reports.

“Powell’s speech is slightly dovish but not dovish enough to jump start any large-scale buying in precious metals,” Nicky Shiels, head of metals strategy at MKS SA, told Bloomberg. “It was his strongest signal yet that the taper will begin this year (not next) and he didn’t fully capitalize on the risk of the delta variant on policy.”

Powell’s statements reassured markets that the central bank won’t hike interest rates to fight inflation, since he argued that the recent surge in consumer prices was only temporary. The recent rise in inflation was largely attributed to problems in the supply chain and other shortages. The spike in inflation also contributed to bets that the Fed would hike interest rates to combat an overheating economy, which previously weighed on the gold outlook.

“The speech was interpreted as the Fed Chair offering no fresh news and people who had betted on him providing some clear tapering time line were left disappointed,” Fawad Razaqzada, market analyst at ThinkMarkets, told Bloomberg. “I wouldn’t be surprised if gold were to stage a stronger recovery now.”