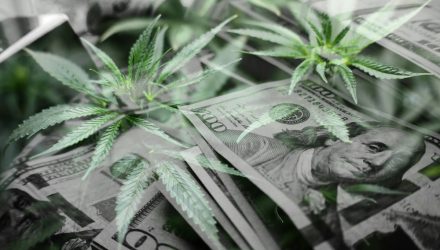 “It was an outstanding day for cannabis investors. Overwhelmingly, investors are looking to MJ as the leader by assets in the space, nearly 20x the assets of its next closest competitor, and traded 8.3 million shares by the close on Wednesday. The election results have created an even stronger environment for cannabis investing, and there is significant momentum behind the industry as domestic and global catalysts continuously fall into place. As the industry continues to evolve at a tremendous rate, MJ remains as the proxy for U.S. investors looking to invest in global cannabis,” Sam Masucci, CEO of ETF Managers Group, the issuer of the MJ ETF, said in a note.

According to projections, Democrats Raphael Warnock and Jon Ossoff won their Georgia Senate races, giving the Democratic party a slim majority in the Senate and unified control of both houses of Congress and the Oval Office for the first time since 2011, Business Insider reports.

The Democrat wins in Georgia will provide the party a narrow margin to pass more progressive cannabis legislation ahead, but Republicans can still filibuster such measures.

“Dual Democrat victories in the Georgia Senate runoff would definitely increase the visibility and priority of cannabis policy reform in that chamber and would create a better chance of getting hearings and committee votes on both incremental and comprehensive legislation,” Morgan Fox, media relations director for the National Cannabis Industry Association, told Marijuana Business Daily on Monday.

However, in a recent research report outlining 2021 themes, New York investment banking firm Cowen showed caution on federal marijuana reform even if the control of the U.S. Senate changes, Marijuana Business Daily reports. The firm said a change of control would bring the “potential for positive incremental change in cannabis policy,” but “cannabis policy is probably not a high federal priority in the context of other major challenges the incoming administration faces.”