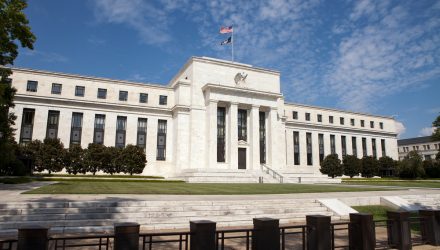 U.S. markets were mixed through Thursday as major central banks worldwide moved toward tightening their monetary policies in the face of rising prices.

The Federal Reserve will end its bond purchases in March and signaled a three-quarter-percentage-point interest rate hike by the end of 2022. Fed Chair Jerome Powell argued that the U.S. economy no longer required policy support as annual inflation has been at over double the central bank’s target in recent months, with the economy near full employment, Reuters reports.

“Is the ‘Santa rally’ finally here? Markets certainly seem to have a spring in their step … the prospect of three interest rate hikes in 2022 would suggest the central bank has a clear plan not to let inflation get out of control,” Russ Mould, investment director at AJ Bell, said in a note.

“Equally, it isn’t being too aggressive to trip up the economy. This sense of balance is exactly what investors want, and an upbeat tone from the Fed certainly seems to have rubbed off on markets,” he added.

The markets are interpreting the tighter central bank actions as a positive to stem the worse of inflationary pressures without impeding further economic growth.

“There’s a goldilocks interpretation,” Edward Park, chief investment officer at Brooks Macdonald, told the Wall Street Journal, referring to a situation in which the Fed tames inflation but doesn’t push up rates to the point of ending the economic recovery.

The markets have recently been stuck in a bout of experience volatility, riding on the uncertainty over the rising Covid-19 Omicron infection rates and a shifting Fed policy.

“There’s a lot going on under the surface,” Adam Phillips, managing director of portfolio strategy at EP Wealth Advisors, told the WSJ. “The underlying narrative and sentiment has changed.”