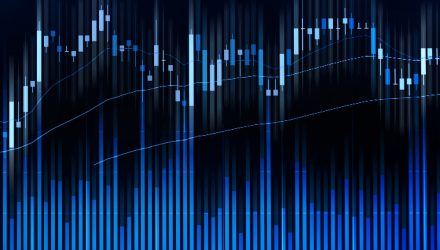 U.S. markets and stock exchange traded funds wavered on Wednesday as investors continued to shift out of growth-heavy technology names toward economically sensitive sectors that benefit from a higher rate environment in anticipation of the Federal Reserve’s December meeting minutes.

“We expect growth to deflate as we go through the year. That will happen naturally. As the monetary, fiscal support fades, markets will have to stand on their own two feet,” Hani Redha, a portfolio manager at PineBridge Investments, told the Wall Street Journal. “It’s not a disaster but it is a headwind at the same time that central banks are on the move.”

The Dow Jones Industrial Average touched a record high on Wednesday while value-oriented sectors like energy, financials, and materials took charge. Meanwhile, technology stocks lagged most of the market.

Growth stocks were also under pressure from the recent rise in U.S. Treasury yields, which have been higher in anticipation that the Federal Reserve will begin hiking interest rates this year.

“We’re seeing a decided shift from technology as the yields on the 10-year jumped,” John Lynch, chief investment officer for Comerica Wealth Management, told Reuters. “You just saw some of those positions unwind but nonetheless, higher market interest rates are weighing on technology.”

The Fed previously stated that it would taper its pandemic-era bond purchasing program in 2022 and execute at least three interest rate hikes for the year in a bid to tamp down on the elevated inflationary pressures.

“If the Fed is looking to move that much faster, then that headwind is a little bit stronger than what the market was originally thinking about at the end of 2021,” Principal Global Investors’ chief strategist Seema Shah told the WSJ, adding that the overall view of markets remains positive as solid earnings growth and continued low yields on Treasury notes could still support growth.