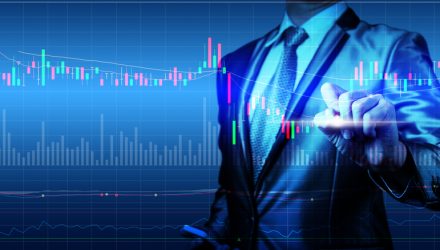 Some characteristics of equal-weight exchange traded funds, such as the Invesco S&P 500 Equal Weight ETF (RSP), are frequently repeated.

Those include the fact that these funds significantly reduce concentration risk relative to their cap-weighted rivals and the fact that the value factor is often a primary driver of out-performance generated by equal-weight strategies. While the latter is often levied in the form of criticism, investors shouldn’t get wrapped up in that.

In fact, the current environment is rather conducive to considering an equal-weight fund such as RSP because the concentration in the cap-weighted S&P 500 is running high, as are the benchmark’s multiples.

Elimination of concentration risk is an obvious benefit of a fund like RSP, but equal-weight’s value proposition is material as well, and it’s on full display these days.

What’s interesting about RSP’s value advantage is that the ETF isn’t a dedicated value fund; its 37% allocation to value stocks isn’t excessive, and the fund isn’t bereft of growth and blend stocks. Moreover, RSP has appeal into year-end, and to start the new year, macro conditions, despite supply chain woes, could prove supportive of the equal-weight strategy.