You are at:Home»Portfolio Strategies Channel»Shun Concentration Risk With Equal-Weight ETFs 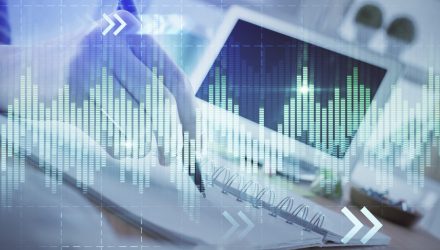 As of the close of U.S. markets on Monday, December 27, Apple (NASDAQ:AAPL) sported a staggering market value of $2.94 trillion. Perhaps almost as staggering is the iPhone maker’s nearly 7% weight in the cap-weighted S&P 500 Index.

That index is supposed to be diverse, but with two stocks — Apple and Microsoft (NASDAQ:MSFT) — combining for north of 13%, concentration risk is running at its highest levels in some time — perhaps ever. Investors can take care of that with equal-weight exchange traded funds, such as the Invesco S&P 500 Equal Weight ETF (RSP).

Look, no one is saying not to own Apple. It’s clearly on pace to be the first $3 trillion company in U.S. history, but at that size, it’s larger than a slew of venerable companies combined. Plus, as Apple’s market cap expands, so does its footprint in cap-weighted indexes, in turn increasing concentration risk in those benchmarks.

“Thinking of it in terms of buying an entire business is helpful: Would you rather own the iPhone maker or all of McDonald’s, Walmart, AT&T, Philip Morris, Berkshire Hathaway, Procter & Gamble, JPMorgan Chase, Starbucks, Boeing, Deere and American Express combined? A lot would have to go wrong all at once to torpedo that diversified group of blue-chip stocks,” reports Spencer Jakab for the Wall Street Journal.

What’s interesting about RSP’s lack of exposure to Apple, and other tech titans for that matter, is that it’s not hindering the equal-weight ETF’s performance. Year-to-date, the cap-weighted S&P 500’s lead over RSP is negligible, meaning that the equal-weight ETF is offering comparable returns (with comparable annualized volatility) while maintaining a superior diversification profile. There are also historical lessons in the benefits of the equal-weight methodology.

“Aside from the concentration risk, the rise of megacompanies has been bad for stock returns in general. Apple and the other nine largest constituents of the S&P 500 comprise nearly 30% of its market value, well above the previous concentration peak seen at the height of the tech bubble before a brutal bear market,” according to the Journal.

Today, the tech sector is much different than the go-go, wild west days of the late 1990s leading up to the tech bubble. However, that doesn’t limit the allure of RSP.

The fact is that when the top 10 S&P 500 components combine for roughly 30% of the cap-weighted index, it’s not as diverse as it once was, and if just one or a few of those names slump, the whole index could be hurt. Conversely, RSP’s top 10 holdings combine for just 2.27%. Now that’s diverse.