You are at:Home»no-rss»Why Boeing Stock BA Could Fall Further 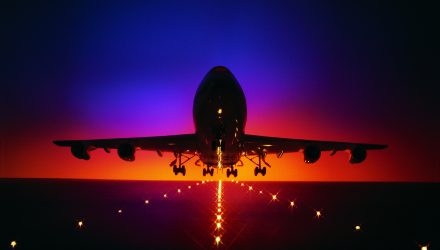 Boeing needs steel and aluminum to make their products. It has been able to source relatively cheap steel from other countries from South America and Asia. In fact, since the 2000s, China’s steel capacity alone has exploded. In 2000 it produced about 120 million tons of steel, or roughly 10% of the world’s share. But by 2015 China’s steel production had surpassed 700 million tons which accounted for about half of the world’s production. Other presidents before Trump have tried to get China to cut its steel capacity and output. Barack Obama had spent many years dealing with this issue.

Trump’s intentions to implement tariffs or quotas is meant to protect the U.S. steel industry. But doing so could cause China to impose trade retaliation. For example, about 20% of U.S. exports to China consists of agricultural products such as soybeans and cotton. So in an effort to protect its own economy, the Chinese government could retaliate against Trump’s trade barrier by putting in place tariffs around agricultural goods. Of course the U.S. also exports a lot of civilian aircrafts to China. This is the main reason why the stock has been on a downward trend lately.

Boeing is still a formidable dividend payer. But with a yield of just 2% there is no reason to jump into the stock right now. After the risks of the trade war has played itself out investors should re-evaluate this stock again. But for now it appears BA has further to fall over the coming weeks.

This author does not have any shares in BA and does not plan to own any within 72 hours of this post.

This article was republished with permission from Modest Money.