You are at:Home»Portfolio Construction Channel»What Warren Buffett Thinks About Bitcoin 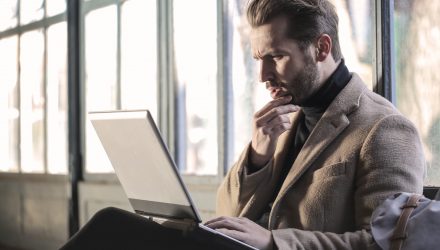 What Warren Buffett Thinks About Bitcoin

Bitcoin’s price increase from $7,200 to $9,600 over the last month. Despite cryptocurrencies making some people wealthy, many financial gurus and professionals warn investors to stay away from digital currencies.

The Famous Wolf of Wall Street

Jordan Belfort, the infamous Wolf of Wall Street says that “it’s the biggest scam ever, such a huge, gigantic scam that’s going to blow up in so many people’s faces. It’s far worse than anything I was ever doing.” Belfort is an American author, motivational speaker, and former stockbroker. In 1999, he pleaded guilty to fraud and related crimes in connection with stock-market manipulation and running a boiler room as part of a penny-stock scam.

Warren Buffett is also of the mindset that regular folks should look elsewhere if they are looking for long term investment growth. Buffett tells CNBC that “in terms of cryptocurrencies, generally, [he]can say almost with certainty that they will come to a bad ending. He says that he didn’t understand Bitcoin and other blockchain-based digital assets. “Now, when it happens or how, or anything else, I don’t know. We don’t own any, we’re not short any, we’ll never have a position in them,” Buffett adds. “I get into enough trouble with the things I think I know something about. Why in the world should I take a long or short position in something I don’t know about?”

One of the most important concepts that Buffett wants to make clear is that unlike buying stocks, bonds, real estate, or other types of traditional securities, Bitcoins do not have any intrinsic value. That is why he does not consider it, or other cryptocurrencies, to be a form of investment.

“If you buy something like bitcoin or some cryptocurrency, you don’t have anything that is producing anything,” Buffett says in an interview with Yahoo Finance. Value is typically a function of supply and demand. When ti comes to Bitcoins, Buffett believes it’s only worth what the next person is willing trade for it. “You’re just hoping the next guy pays more. And you only feel you’ll find the next guy to pay more if he thinks he’s going to find someone that’s going to pay more. “You aren’t investing when you do that, you’re speculating.”

Investing in undervalued businesses and staying away from assets he doesn’t understand is how the Berkshire Hathaway CEO built his net worth of $82 billion. In one of his famous letters to shareholders in 1996, he wrote, “if you aren’t willing to own a stock for ten years, don’t even think about owning it for ten minutes.” So before buying an investment, we should ask ourselves if we would be comfortable holding it if the stock market were to shut down for the next ten years.

Of course Buffett doesn’t argue that you can’t make money from Bitcoin or other cryptocurrencies. Similarly there are people who choose the role the dice in Las Vegas and win big. It’s just that not everyone will have a happy ending. In some countries where their national currencies are too volatile or unstable, digital currencies acts as a much needed alternative source of funding. But for many people other people around the world, cryptocurrencies are a form of speculation like Buffett mentions.

Not All Cryptos Are the Same

Not all cryptos are the same. Some are designed to be a store of value and act as medium of exchange. Others are meant to be a fundraising tool for an organization or for utility purposes such as using tickets in an amusement park. As governments around the world start to regulate Bitcoin and other cryptos we’ll see more of them being categorized into securities and currencies. It’s doubtful we’ll ever be able to pay taxes using a cryptocurrency, (unless it’s one created by the government.) But it will be interesting to see just widespread cryptos will become.